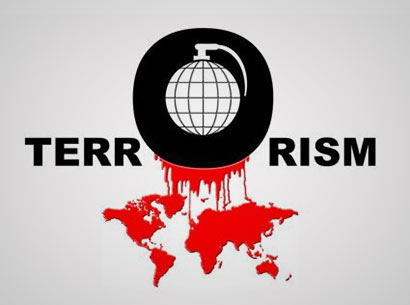 Sri Lanka ended one arm of the terrorists in May 2009. The other more powerful arm remains at large, remnants in hiding locally while others are more vociferously and openly engaging foreign politicians and influencing diplomatic relations as well. Their links to terrorism have taken second place with the strength of their propaganda placing them in a position to determine electoral politics in those countries thus signaling future calamities if unchecked. Herein lies our problem. We have 32 countries banning LTTE as a terrorist entity through their respective local terrorist acts/laws inside of which are a host of elements that LTTE cannot indulge in. In identifying LTTE as a terrorist they have lost their status of being freedom fighters. Why have foreign nations allowed a banned terrorist entity such leverage and when foreign parliamentarians well aware of the terrorist quotient in the 30 year terror faced by Sri Lanka descend to humiliate a democratically elected leader, the nation and its people does this not equate to a new problem of terrorists rewriting laws of war?

In ancient times rules of war was decided between warring parties. Then came Henry Dunant with the idea to codify laws regulating armed conflict. Following the 2 World Wars we now have 4 Geneva Conventions covering soldiers wounded in battle, sailors shipwrecked and wounded, prisoners of war and civilians taken by enemy military.

Only nation states can sign and ratify international treaties and be bound by them. Terrorists or even freedom fighters neither sign, ratify or are bound by any international treaty and would never care to follow them. But why would they be given asylum under humanitarian laws which they are not bound to and would never comply with? Have those determining to allow refuge under these humanitarian laws considered that reversal of the refuge a soldier is by law complied to offer is NEVER returned by the terrorist? If so where lies the morality and justice for this soldier who would be as good as dead in terrorist custody? Do the law makers not take to heart that a soldier is just as much human and is the defender of the nation against breach of terrorist attack? Is it not the terrorist who is the initiator of terror while the soldier is a mere respondent? The respondent must have far more legal right than an initiator of terror.

If Al Qaeda is neither a country nor a lawful ruling party of a convention signatory, and by definition Al Qaeda members cannot be protected by Geneva Conventions whether its members follow the laws of war or not the same status quo must apply to the LTTE – by LTTE it means not only the men in the jungles of Mullaitivu but ALL members of the LTTE including those holding foreign passports and engaging foreign parliamentarians but disguised as bogus charity/humanitarian and other organizations.

If Al Qaeda fighters when captured cannot claim prisoner of war status or be entitled to protections under the Third Geneva Convention – who says that the LTTE fighters can?

What is strange is when one single and isolated attack presumably by Al Qaeda and the laws in place were turned upside down and War on Terror meant the US could not only invade and occupy nations but take under its control how laws were to be determined.

If 2001, War on Terror after the US attacks meant that ‘enemy combatants’ were not protected by the Geneva Conventions or as prisoners of war, is there ‘selected’ ‘enemy combatants’. Is this not why Iraq’s Abu Ghraib prison detainees remain as they have, torture takes place, secret renditions take place.

Taking matters to another dimension has been the freedom fighters. LTTE lost this status in killing its own and by virtue of its proscription as a terrorist organization and the assassination of Rajiv Gandhi on foreign soil as well as the fact that LTTE wore uniform suits and had a command and control similar to national armies and chose to carry out terror attacks posed as civilians too.

Here’s where the confusion gets worse. Ever since its first act of terror in the mid 1980s and killing that took place first in 1975 with a Tamil Mayor and Tamil policemen, LTTE has evolved from carrying out sporadic attacks and moving on to suicide terrorism, assassinations and in particular civilian killings did not go beyond a diplomatic statement issued to pay condolences to the dead and insist ‘both sides’ return to the negotiating table.

When David Cameron orders Sri Lanka to carry out an investigation to the final phase of the war he has completely omitted that LTTE terror started in 1980s and thousands of civilians and others fell victims to LTTE terror. It is a question of why one group of civilians should be omitted? Moreover, LTTE was banned by UK in 2001, ever since LTTE has not only continued its terrorism, but throughout the peace talks and ceasefires that prevailed carried out child recruitment which UN agencies possess evidence of and scores of violations including assassination of a Tamil foreign minister at his home unarmed posing no threat to the LTTE. None of these acts of terror have resulted in any of the rhetoric that David Cameron opted to indulge in with the explicit threat before coming that he was going to talk tough. That tough talk came after meetings with LTTE front organizations who remain the other arm of the LTTE operating on UK and international soil well known to the Western international community in the light of some of its members being part of the LTTE throughout its terror rule. UK was then declared and continue to be referred to as the international head quarters of the LTTE, its strategist openly operated from UK with no travel restrictions or queries from British authorities, UK also was well aware of LTTE fund raising events and the illegal scams that its members violate the rights of UK citizens. Moreover gang violence by UK Tamils have led in 25 deaths of Tamils excluding the deaths by intimidations.

However, when UK parliamentarians have been not only guest speakers, guests at LTTE events and we now see these escalating to a foreign Parliamentarian making open threats at a sovereign government because of electoral politics does this not look any different to the manner Indian Central Government is being bribed by its politicians in the Southern State of Tamil Nadu?

When LTTE terror is well documented even in the echelons of the UN and by intelligence of foreign governments why is it that not only have these terrorists been allowed to dictate how foreign parliamentarians now function on their own soil but are also determining how they respond in their bilateral relations with Sri Lanka.

This is taking terrorism to a different level from what it was originally. If it is so far only applicable to the LTTE in time to come if other terror group replicates the same modus operandi of the LTTE in suits how will that be for sovereign governments especially those that are attempting to balance the status quo?

War itself is wrong. There is no question of both sides when it comes to terrorists. It is they who began acts of terror upon people not associated with their grievance. This is a violation of the individuals right to live and a host of other universal rights as well. All these violations have been committed by the LTTE. It is therefore these violations that needs to be first taken up. The excuse that LTTE terror is no more is technically incorrect. The people very much part of the LTTE from the time the LTTE started still remain where they operated from – overseas. These LTTE members can be dealt ONLY by the foreign governments that continue to entertain them on their soil giving them legitimacy and taking that legitimacy to the extent of allowing them to influence the decision making of their countries.

This influencing can reach dangerous proportions for Rajiv Gandhis death itself was on contract and the truth of this contract has yet to emerge. What nations must now realize is whether they would allow terrorist groups to dictate their legislative rights and diplomatic relations. No amount of terrorist-influenced diplomatic bullying can erase the hard truth that LTTE’s crimes cannot be erased and cannot be forgotten and buried as dead alongside its leader so long as the main arm of the LTTE remains functional even without the gun. In reality it poses a bigger threat to not only the natives of these foreign countries but to the peace enjoying people of Sri Lanka as well. It may be no better a time to take a look at the rise in crimes associated with these LTTE groups across the nations that it now openly operates with the blessings of parliamentarians that it has pocketed and to seriously address these issues before they turn into stalemate given that the LTTE has a host of human rights organizations and media fraternity to even turn the tables on these host nations.

Terrorists should not decide how international laws are to be written – starting with LTTE.

2 Responses to Sri Lanka: Are terrorists rewriting laws of war?