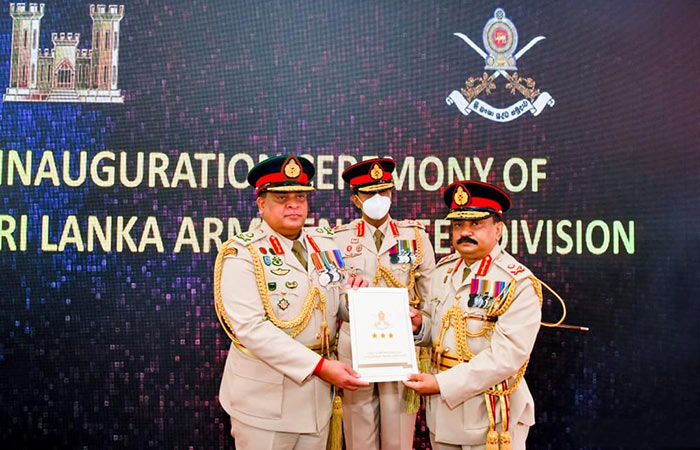 Army Commander Lieutenant General Shavendra Silva, was present at the inauguration; he laid the foundation stone for the construction of a new Division Headquarters building complex at Mattegoda.

He also opened the newly-constructed badminton court and the gymnasium complex at the Sappers’ Leisure Bay and afterwards, the Commander witnessed a demonstration presented by members of the Army Chemical Biological Radiological and Nuclear (CBRN) Response Squadron on their operational aspects against chemical threats, Explosive Ordnance Disposal (EOD), and their preparedness at all times. “Let not our money end up in overseas, instead we will march forward by getting more and more sophisticated modern machinery with high technology and produce results with the blessings of the President,” the Army Chief said at the ceremony, while recalling a few noteworthy Army-built projects with minimum cost, high standards, and without wastage.