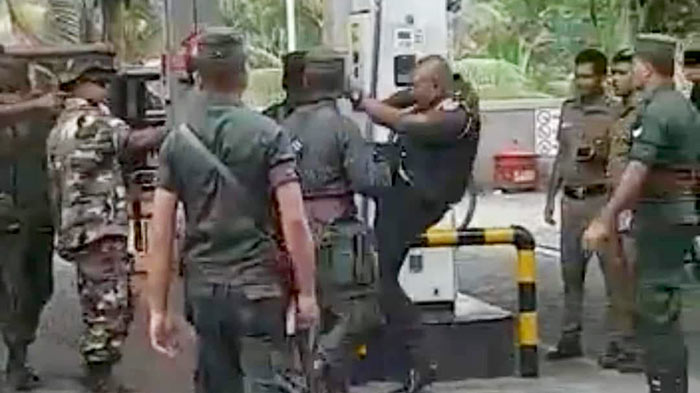 Sri Lanka Army launched an internal investigation on the incident at a fuel station at Yaggahapitiya in Kurunegala where an Army officer attacked a civilian.

According to sources this incident happened when people who were in line for many days questioned why they were not given fuel, and why the military was obtaining fuel.

A video showing an Army officer kicking a man at a petrol shed was shared on social media and it was reported that the officer who attacked the civilian is a Lt. Colonel of the Sri Lanka Army.

Army Spokesman Brigadier Nilantha Premaratne said that the incident had taken place when a group of people who had scolded military personnel in profanity, were being escorted to the Police.

He said that two people who behaved in an unruly and violent manner were handed over to the Police, adding that a certain group is attempting to create such incidents to bring disrepute to the Army.