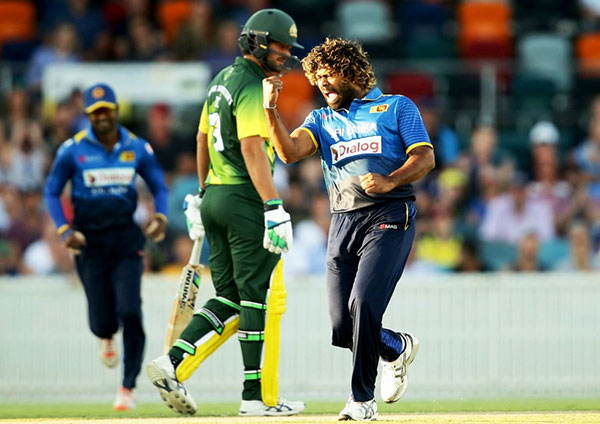 Skipper Tharanga won the toss and sent the PM XI into bat and restricted the local selection to 169 for six off their 20 overs and the tourists reached the target with five wickets and 17 balls to spare.

Dickwella hit 47 off 26 balls with eight fours and a six, while Tharanga was there at the finish with his runs coming off 33 balls with one four and two sixes.

It was a perfect lead-in for Sri Lanka for their three T20 game series against Australia, starting in Melbourne on Friday (tomorrow).

Dilshan Munaweera kept the momentum with 32 off 19 balls with two fours and two sixes before he was bowled by Daniel Worrall.

Captain Adam Voges, who has announced his retirement from Test cricket, finished with an unbeaten 54 from 31 balls, while Sam Heazlett hit 58 off 37 balls in the PM XI innings.

After almost a year out of cricket through illness and injury, paceman Lasith Malinga took four balls to find his range before taking out D’Arcy Short’s middle stump for a duck.

Heazlett was dropped on 11 by Seekkuge Prasanna at deep mid wicket and knocked the ball over the boundary rope for six.

Voges began with a signature square cut for four before offering Sri Lanka a golden opportunity on 14, only to be dropped at deep mid wicket.