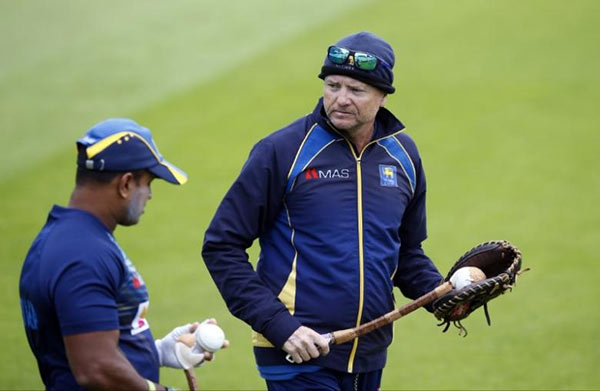 Sri Lanka coach Graham Ford has stepped down after 15 months in his second stint with the team, the cricket board announced on Saturday.

South African Ford, who first coached Sri Lanka between 2012 and 2014, rejoined the team in February last year, signing a contract until the 2019 World Cup.

The 56-year-old led the team to memorable test and twenty20 series wins over Australia but Sri Lanka’s performance this year has been inconsistent with the team suffering their first ever test loss to Bangladesh and a whitewash in South Africa.

They could not make the semi-finals of this month’s Champions Trophy either.

“We have to thank Fordy for his invaluable contribution to Sri Lanka Cricket,” board president Thilanga Sumathipala said in a statement.

“This was a decision arrived at mutually after careful consideration and deliberation…we are indeed sorry to see him go. We wish him the very best in where his path lies.”

Ford previously worked with English county club Surrey and was the director of cricket at Kent.

“It’s been a privilege to work with these talented young men over the past 15 months. Their passion for the sport is inspiring, as is indeed this nation’s,” Ford said.

“I wish Sri Lanka Cricket and the boys the very best, and I must offer a word of advice to the young men – Always believe in yourself, believe in your team, and play from your heart.”