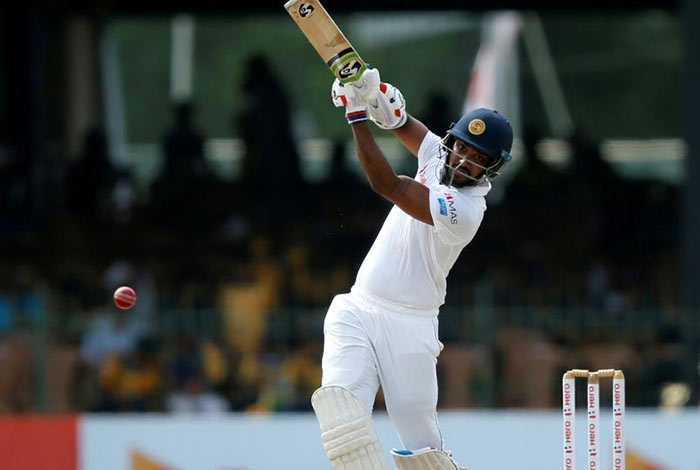 Batsman Danushka Gunathilaka has been suspended over a misconduct charge in the middle of Sri Lanka’s second Test against South Africa, the country’s cricket board said Sunday.

The 27-year-old opener will be barred from all forms of the game pending the outcome of an investigation, the board said, without specifying the alleged misconduct.

The suspension will go into effect after the Test is concluded in Colombo, it added.

The board will also “withhold Gunathilaka’s fee for the ongoing Test match until the outcome of the inquiry”, it said.

The batsman scored 57 and 61 runs in the second and final Test, with Sri Lanka on track for a series whitewash after trouncing the visitors in Galle last week.

South Africa were 5/139 chasing an impossible-looking 490 target at close of play Sunday.

Another member of Sri Lanka’s Test squad, leg-spinner Jeffrey Vandersay, was on Friday given a suspended one-year ban from international cricket after pleading guilty to misconduct during last month’s tour of the West Indies.