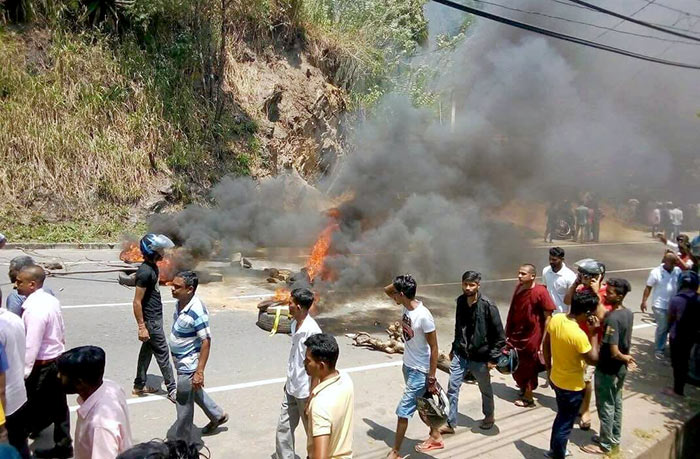 Sri Lanka declared a nationwide state of emergency for 10 days on Tuesday to stop the spread of communal violence, a government spokesman said, after clashes erupted between majority Buddhists and members of the minority Muslim community.

Tension has been growing between the two communities in Sri Lanka over the past year, with some hardline Buddhist groups accusing Muslims of forcing people to convert to Islam and vandalizing Buddhist archaeological sites.

“At a special cabinet meeting, it was decided to declare a state of emergency for 10 days to prevent the spread of communal riots,” government spokesman Dayasiri Jayasekara told Reuters.

He said some people were instigating violence through Facebook and warned of tough action against them.

The unrest in the Indian Ocean island’s central district of Kandy began on Sunday after the funeral of a truck driver from the majority Sinhalese Buddhist community who died days after he was involved in an altercation with four Muslims, the government has said.

It was not clear why the initial altercation occurred but after the driver’s funeral on Monday, a Sinhalese mob attacked Muslim shops, police said. The body of a Muslim youth was found in a burnt-out house early on Tuesday, police said.

Muslims make up about 9 percent of Sri Lanka’s 21 million people. Buddhists make up about 70 percent and ethnic Tamils, most of whom are Hindus, about 13 percent.

The government sent troops and elite police to the area on Monday and imposed a curfew. A curfew was reimposed in two districts of Kandy on Tuesday, police said.

The government ended a 26-year civil war in 2009 with the defeat of Tamil separatist rebels. Muslim communities were occasionally caught up in that violence but on the whole, Muslims managed to stay out of the war. 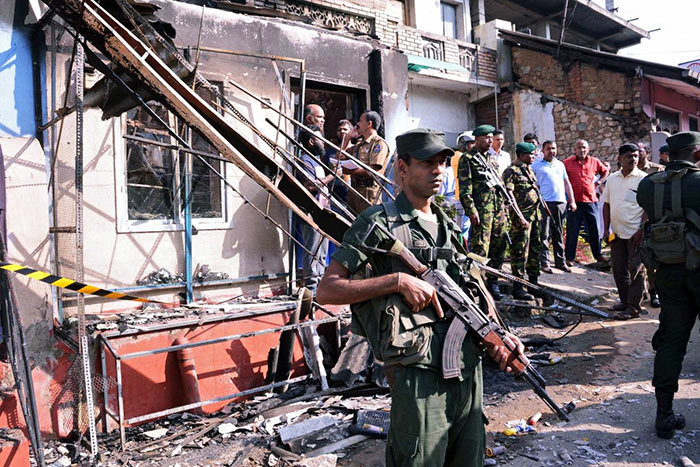 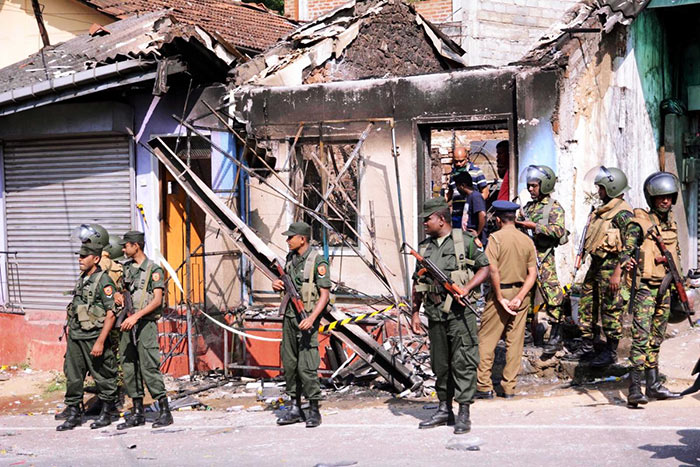