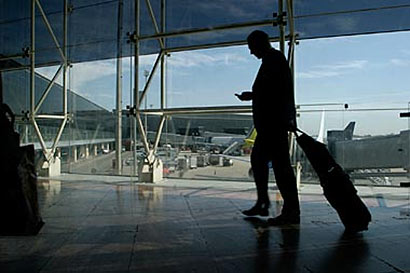 (Reuters) – Sri Lanka on Friday denied refusing visas to a delegation from an international human rights group ahead of a Commonwealth summit in Colombo, saying its permission had not been sought for the overseas visitors.

Sri Lanka hosts the biennial Commonwealth Heads of Government meeting next week and human rights groups have urged a boycott by leaders to put pressure on the government, which faces allegations of extra-judicial killings, harassment of minorities and the detention of politicians and journalists.

On Thursday, the International Bar Association’s Human Rights Institute (IBAHRI) accused Sri Lanka of denying entry to its delegation, including the United Nations Special Rapporteur on the Independence of Judges and Lawyers.

Sri Lanka’s external affairs ministry said the country’s Bar Association, which invited the delegation, had not followed the necessary procedure of securing the ministry’s agreement for a conference involving international participants.

The IBAHRI claim was a “gross misrepresentation of facts and an attempt to sully the image of Sri Lanka,” the ministry said in its statement.

Upul Jayasuriya, head of the Bar Association of Sri Lanka, said it had followed procedure and obtained the visas from the immigration department before the ministry revoked them.

“This is a violation and restriction of the constitutional rights granted for the freedom of expression and association,” Jayasuriya told Reuters.

The Bar Association cannot fight the move “when the government is acting like a bull in a china shop,” he added.

The delegation and the bar council had been due to discuss the rule of law and independence of the legal profession ahead of the summit.

Western nations, including the United States, Canada and Britain, along with neighbouring India, have criticised Sri Lanka’s human rights record and have demanded that President Mahinda Rajapaksa’s government investigate war crimes in the final phase of a three-decade war that ended in 2009.

Since the end of the war, Sri Lanka has rejected claims of human rights allegations, including murdering thousands of ethnic minority Tamil civilians in the rebel area.

Sri Lanka has also rejected a demand by the West for an international probe of war crimes. Instead Rajapaksa appointed a domestic panel to look into the accusations.