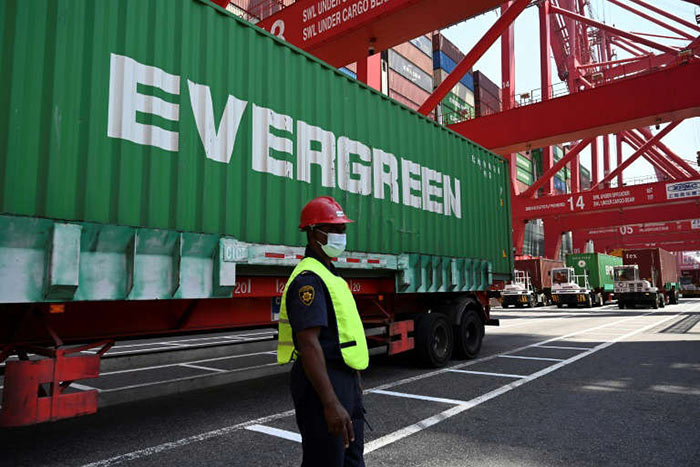 New import policy revisions that significantly lifted import restrictions announced last month, have been announced by the Government. Temporary suspensions placed on hundreds of imports in August were lifted on Wednesday by President Ranil Wickremesinghe.

Further restrictions were lifted as another set of imports were allowed under licences and special approval. Since July 9, bans on 159 products including toilet paper, building materials, machine parts and industrial materials were lifted. The revision came amid recent business community outcries against the temporary suspension of more than 300 imported items from August 23.

Speaking at a Cabinet media briefing this week, Acting Cabinet Spokesman Ramesh Pathirana said the restrictions were subjected to revision every two weeks but acknowledged the difficulties faced by the local business community as a result of the ban. The policy revision extended the period during which goods shipped would be allowed into the country from August 23 to September 30.

Certain imports could also be made under the recommendation of the relevant industry’s ministry secretary. Fisheries accessories could, for example, be obtained through the recommendation of the Fisheries Ministry Secretary, and franchise holders and operators of international chains would be allowed to import under licences from the Controller General of Imports and Exports.

Imports for duty-free sales and re-export were also being allowed. Case-by-case approval mechanisms had also been introduced where local industries could only supply less than 20% of the market demand.

Hoteliers were particularly disgruntled by the import bans that were in place for three weeks. He said the local hospitality sector was competing with international tourist destinations and hotels, not local ones.

“We need to cater to certain international standards. Glassware is a concern to hoteliers as it is not manufactured here and most hotels have brand standards for their glassware. Housekeeping products such as bed linen are not available here either for the simpler reason that we do not have the necessary loom sizes to make them,” he said.

While the recent revisions lifted the restriction on the imports of spare parts, Mr. Mansoor said kitchen equipment, including imported spare parts, were inaccessible. He said there were no options in the event of a breakdown.

“The Tourism Minister is attentive to the insights of the industry but his efforts to bring one billion tourists to Sri Lanka will be futile if our hotels cannot provide quality service,” he added.

The Association was also trying to set up a mechanism in collaboration with the Sri Lanka Tourism Development Authority (SLTDA) through which hoteliers would be able to apply to import the necessities.

“Our stores were already empty and this will take even more products off our shelves,” said a large-scale cosmetics chain owner.

The businessman said he had a lot of empty shelves initially because of the dollar shortage and then the temporary suspensions. According to him, the local market was still unable to meet the quality offered by international products favoured by his customers.

“Some customers go for local alternatives but most people are particular about what they put on their skin, and therefore high quality brand names are important,” he said.

The trickle-down effect of this was the obstruction to the business functions of the salon industry. However, the import of essential items had become significantly easier, industry stakeholders said.

“The process is smoother than it has been in a long time. The dollar issue has significantly improved and traders and wholesale importers of essential food items can clear their containers faster. The letters of credit system is going back to normal gradually,” said Pettah Traders’ Association President Rajendran Gnanasamby.