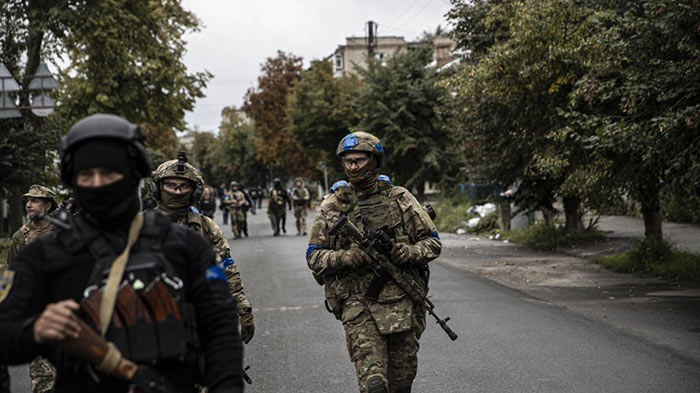 Sri Lanka has sought more information from the Ukrainian government and Ukrainian embassy in New Delhi on the news of the rescue of seven Sri Lankan students from Kupyansk Medical College in the Kharkiv region in Ukraine.

Sri Lanka’s Foreign Ministry said that it has requested the Ukrainian Government to ascertain the veracity of the news item and to provide more information on it as a matter of priority, given the need to ensure the welfare of Sri Lankan nationals in Ukraine.

On Friday, Ukrainian media reported quoting Ukrainian President Voldomyr Zelensky who said that seven Sri Lankan students have been rescued from “torture chambers”; where civilians were abused by Russian soldiers in areas of the Kharkiv region in Ukraine.

“In the Kharkiv region, investigative actions are continuing in the areas that were liberated from Russian occupation. All crimes of Ruscists are being recorded, and evidence of their guilt is being collected. Torture chambers where civilians of occupied cities and towns were bullied and premises where people, even foreigners, were kept have been found,” President Zelensky had said.

“In particular, seven citizens of the Republic of Sri Lanka, students of Kupyansk Medical College [were rescued]. Back in March, they had been captured by Russian soldiers and subsequently kept in a basement. Only now, after the liberation of the Kharkiv region, were these people rescued. They are being provided with proper medical care,” quoted as said by Ukrainian President.

Sri Lanka’s Foreign Ministry had told local media that it had earlier received reports about an incident where seven Sri Lankan students were missing since March, however it had not received any complaints from any of their parents or other relatives.

Sri Lanka Foreign Ministry stated that as the war broke against Ukraine, it had facilitated the return of over 90 Sri Lankans, including 16 students living in Ukraine, in the period February to June 2022, with the support of the Ukrainian authorities, and in coordination with the Sri Lanka Missions in Ankara and Warsaw.