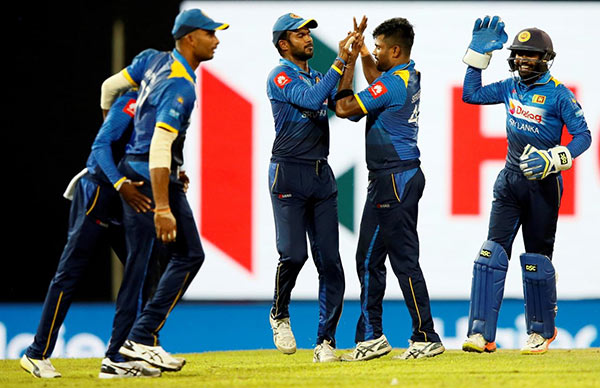 Sri Lanka have secured an automatic berth at the 2019 Cricket World Cup at the expense of West Indies after the two-times champions lost to England in the opener of their one-day series on Tuesday.

West Indies, who have 78 points in the ODI team rankings, cannot now overtake Sri Lanka (86 points) ahead of the Sept. 30 cut-off for automatic qualification regardless of how they do in the remaining four games.

An unbeaten century from Jonny Bairstow helped England stroll to a seven-wicket victory over West Indies at Old Trafford.

Failure to grab an automatic spot is a significant comedown for Jason Holder’s team, who won the first two World Cups in 1975 and 1979. They will now have to finish in the top two at a qualifier next year if they are to progress to the 2019 tournament in England and Wales.

The International Cricket Council (ICC) introduced the qualifying event after reducing the number of teams for the 2019 event to 10 from the 14 that contested the 2015 edition in Australia and New Zealand.

Sri Lanka’s ODI captain Upul Tharanga was grateful for the support the team had received when results were not going their way.

“It’s no secret that we have been going through a tough time, but I want to say a big, big thank you to our fans who’ve kept faith with us when things looked bleak,” he said in an ICC news release.

“ICC events have always brought out the magic in Sri Lanka cricket, and I look forward to proving that once again.”