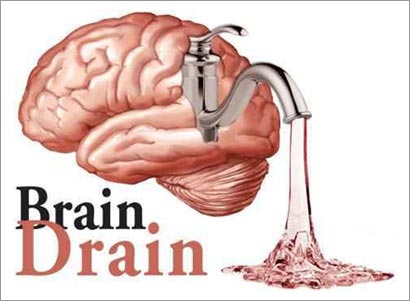 Sri Lanka is one of the worst hit in terms of brain drain with 27.5 per cent of academics leaving the country each year, the main opposition United National Party (UNP) said yesterday.

“Considering these figures there is little doubt that the situation in Sri Lanka is worse than in any other South Asian Country. This has to be corrected,” he said.

Mr. Kariyawasam said 17.4 per cent of doctors also leave the country due to various reasons, and this too is the highest in South Asia with only 3.33 per cent in India and 5.0 per cent in Pakistan. Democratic National Alliance (DNA) front-liner Anura Kumara Dissanayake said most university academics who leave the country for further education do not return mainly because they lacked financial benefits here in Sri Lanka.

“Some academics return to the country because they have a noble goal of serving the country. They either want to express their gratitude or they return because of family commitments such as looking after elderly parents. Otherwise, there is a no financial incentive to attract the academics to the university system,” Mr. Dissanayake.