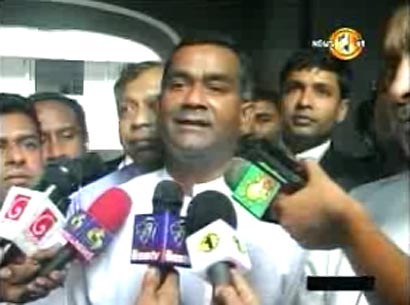 December 10, 2010: Colombo District Court this afternoon refused the application filed through a lawyer seeking an injunction against the holding of the United National Party Convention scheduled for Sunday.

UNP Southern Provincial Council member Attorney at Law Maithri Gunaratne had said earlier that a team of lawyers including himself, would go to court against the convention.