Sri Lanka is to receive GSP + concession next week – President 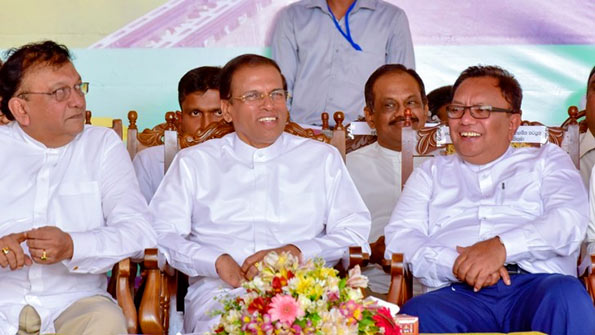 President Maithripala Sirisena says he has received information that Sri Lanka will receive the GSP + trade concession next week, marking a significant turning point in the industry and export fields of the country.

He made these remarks participating in a ceremony to open the newly built bridge in Halloluwa, Dodanwala, Kandy, yesterday (06).

The President further said that during the last two years the present government was able to build friendship with all the countries in the world, eliminating many hindrances which halted the forward drive of the country.

He also said that when we talk about our development works with a great pride, we also should pay our attention regarding the severe debt burden on the country and said that his government is not ready in any way to launch mega-scale development projects obtaining loans, aiming popularity while ruining the future of the country. “We should take into the consideration about the tragedies faced by various countries in the world due to their severe debt burden,” the President added.

Expressing his views regarding the false propaganda carried out by some sections of the society regarding the Hambantota Port and the industrial zone, the President said that he is not ready to give the land rights of this country to any country in the world.

The President further stated though new industries and investments are needed for the country, the lands for them will be given according to the laws and regulations of the constitution of Sri Lanka. Though some groups say that the people are removed from their villages and destroy the temples of historical values, the government has never let any improper action like that.

“Our agreements with the countries, businessmen, investors and international organizations are very open. The current government is honestly committed to the development of the country”, the President said.

“Though some groups issue statements saying that the governments will be changed, nobody can’t put down the current government. Nobody has any space to change the government before a government will be elected in an election which will be held in 2020”, he emphasized. 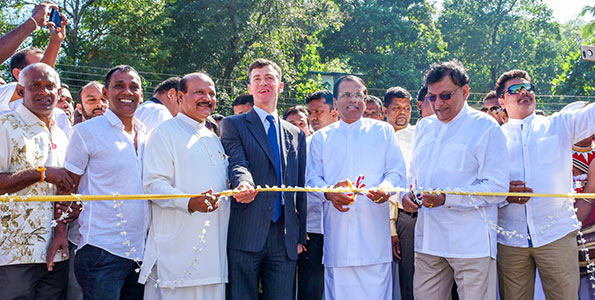