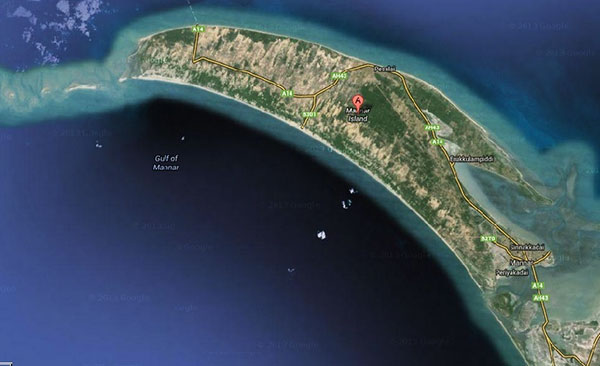 Sri Lanka has launched a tender to develop a gas block in the Mannar Basin off its northwest coast, vacated when Cairn India pulled out of an exploration project in 2015 as oil prices plunged.

Sri Lanka produces no oil and is dependent on imports but Cairn India Ltd discovered gas in the area in 2011. The government claims seismic data shows the potential for more than 1 billion barrels of oil under the sea in a 30,000 sq km area of the Mannar Basin.

It invited companies to undertake appraisal and development of gas discoveries and prospects in a 2,924 sq km offshore block in the basin, Petroleum Resource Development Secretariat (PRDS) said on its website on Monday.

“The block will be offered for licensing this year, including the Barracuda and Dorado gas-condensate discoveries. A data package will be available containing well data and some 2,600 sq km of 3D seismic coverage,” it said.

It also said the remaining blocks off Sri Lankan shores will be released via a bidding round in the fourth quarter of this year.

London-based WesternGeco plans 2D and 3D spec surveys ahead of the bids off the east coast and in the Mannar Basin, while the government has planned some airborne surveying, PRDS said.

Cairn India, which is now being taken over by Vedanta Ltd , said in 2011 that it struck a 25-metre hydrocarbon column showing primarily gas with “other liquid hydrocarbon potential” in the CLPL-Dorado-91H/1z wildcat well, drilled at a water depth of 1,354 metres (4,442 feet).

It exited the project in 2015 after a nearly 50 percent drop in crude oil prices.

Since the end of a 25-year civil war with Tamil separatists over seven years ago, Sri Lanka has tried to reinvigorate oil and gas exploration. Importing oil cost the island $2.7 billion in 2015.

From the mid-1960s to 1984 American and Russian companies explored the Cauvery Basin off the northern shore, but only traces of oil were found and no commercial oil was produced.