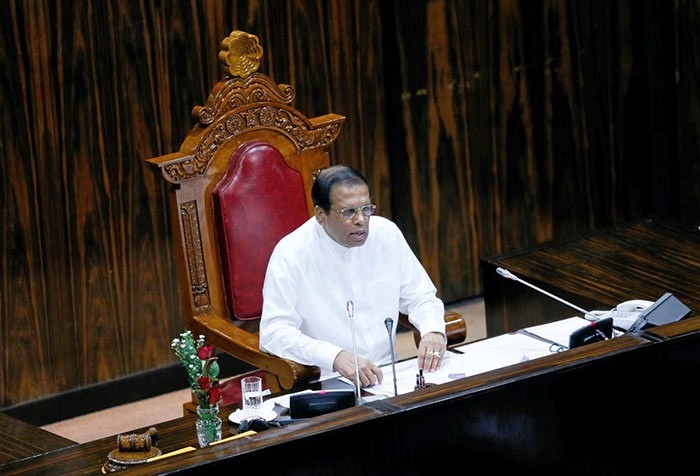 Sri Lankan President Maithripala Sirisena on Tuesday urged his own coalition government and the opposition to end a power struggle in order to achieve ambitious goals including anti-corruption measures.

His comments came in a policy statement at the first session of the parliament since he suspended it last month after 16 of his party legislators defected from the government.,

His coalition still has a majority, but the defections will dent its stability in parliament and affect its ability to pass key laws.

Wickremesinghe survived a confidence vote last month sponsored by opponents who blame him for failing to prevent an alleged scam in the bond market and anti-Muslim riots in March.

Sirisena’s government is also under fire for not fulfilling his main 2015 election pledge to eliminate rampant corruption.

On Tuesday the government said it would establish special courts to speed up long delayed murder and corruption cases.