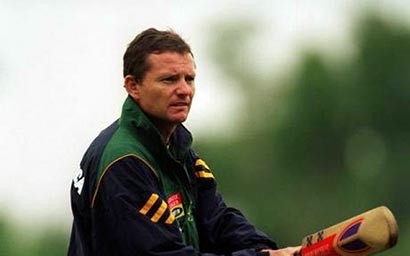 COLOMBO (Reuters) – All-rounder Farveez Maharoof and left-arm paceman Chanaka Welegedara have been recalled to the Sri Lanka one-day side for the tour of Australia next month, returning to the side for the first time since June 2010.

Replacing all-rounder Kosala Kulasekara and quick bowler Dilhara Fernando, the duo were the only changes named on Tuesday from the squad which took part in the recent 3-2 one-day international series defeat in South Africa.

On Monday, Mahela Jayawardene was named captain of the Sri Lanka team for the triangular series, which also includes world champions India.

The tournament starts in Melbourne on February 5 with a match between Australia and India.

Sri Lanka Cricket is also set to replace current coach Geoff Marsh with South African Graham Ford, who was due to have talks with board officials later on Tuesday.