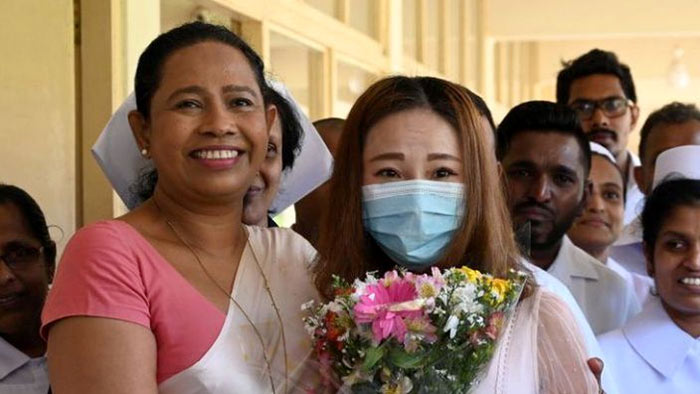 Pavithra Wanniarachchi tested positive on Friday, a media secretary at the Ministry of Health told the BBC.

She had promoted the syrup, manufactured by a shaman who claimed it worked as a life-long inoculation against the virus.

Sri Lanka recorded 57,587 cases and 280 deaths since the pandemic began, with cases surging in recent months.

Ms Wanniarachchi is the fourth minister to test positive. A junior minister, who also took the potion, tested positive earlier this week.

The health minister had publicly consumed and endorsed the syrup as a way of stopping the spread of the virus. The shaman who invented the syrup, which contains honey and nutmeg, said the recipe was given to him in a visionary dream.

Doctors in the country have quashed claims the herbal syrup works, but AFP news agency reports thousands have travelled to a village to obtain it.

The minister has been asked to self-isolate and all of her immediate contacts have gone into isolation.

News of Ms Wanniarachchi’s positive test came hours after Sri Lanka approved the emergency use of the Oxford/AstraZeneca vaccine. The first doses are expected to arrive in the country next week.

Sri Lanka isn’t the only place where people in positions of power have promoted unproven treatments for Covid.

Last year, Madagascar’s President Andry Rajoelina was criticised for promoting a herbal concoction that he claimed could prevent the virus. He was pictured distributing the tonic to poor communities in the capital.