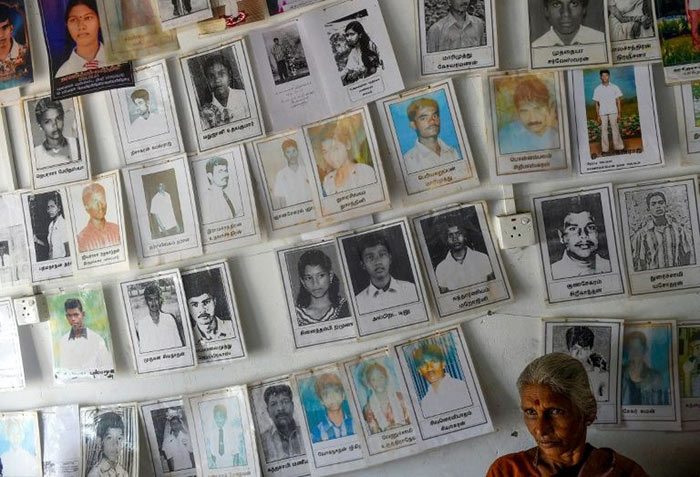 Sri Lanka’s presidency said Friday that death certificates for thousands of people missing presumed dead from the country’s civil war will only be given out after proper investigations.

The statement followed comments from President Gotabaya Rajapaksa that those missing were “actually dead” had caused anguish among relatives that the government would close the issue without addressing what happened to their loved ones.

“After the necessary investigations, steps would be taken to issue a death certificate and the necessary support for the families to rebuild their lives,” Rajapaksa’s office said.

It also said that Rajapaksa in his earlier comments that emerged on Monday did not refer to the number of people reported to be missing since the end of the drawn-out Tamil separatist war in May 2009.

But official figures show that over 23,500 complaints in respect of missing people had been registered with the authorities. Among those were some 5,000 security personnel.

The question of missing persons has been a hot-button issue for successive Sri Lankan governments.

It was among topics discussed during a meeting Rajapaksa had with the UN resident coordinator in Sri Lanka, Hanaa Singer, last week, but they did not mention numbers, the statement said.

The president’s office on Friday repeated that most of the missing civilians had been conscripted by the Liberation Tigers of Tamil Eelam (LTTE) which was crushed in a major offensive that ended in May 2009.

“The families of the missing attest to it. However, they do not know what has become of them and so claim them to be missing,” the president said.

Under current law, families cannot access property deeds, bank accounts or inheritances left by missing relatives unless they can conclusively prove they are dead — an often impossible task.

The previous government set up an Office on Missing Persons in 2018 to investigate those never traced after the 37-year Tamil separatist war, as well as during a Marxist uprising.

International rights groups claim at least 40,000 ethnic Tamil civilians were killed in the final stages of the separatist war, but the government has disputed the figures.

Thousands of people also went missing during a crackdown by security forces and pro-government vigilante groups on Marxist rebels between 1987 and 1990.