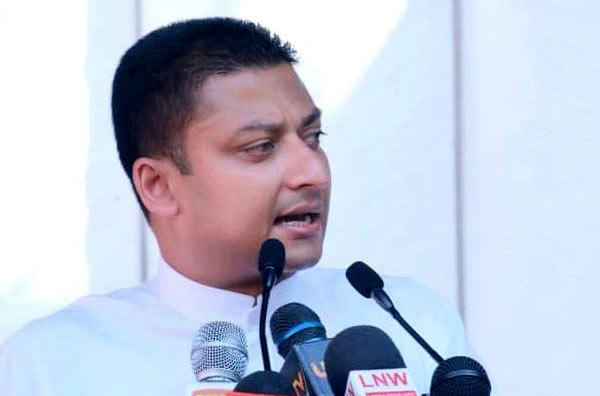 A fresh investigation should be conducted under the present Government into the forensic report on the Central Bond Bond scam, Transport Services Management State Minister Dilum Amunugama said.

“This is because the forensic report had been formulated by a group of persons in the former Government who were connected to the scam,” he said.

Addressing a media conference at the Battaramulla Sri Lanka Podujana Peramuna (SLPP) head office, Amunugama said the Central Bank Bond scam not only caused the defeat of the previous regime at the last Presidential Election, but also led the country’s economy to destruction.

“That is why the present Government should conduct a fresh investigation into this forensic report,” he added.

Amunugama said at the very inception, former Prime Minister Ranil Wickremesinghe appointed a Commission comprising three lawyers to probe the issue and they reported that there had not been any discrepancy in the bond issue.

“This created a suspicion about the accuracy of the forensic report too,” he said. He said the SLPP had no intention of setting up a Government in league with a party which steered the country into the economic doldrums. Since the people had given a decisive mandate to President Gotabaya Rajapaksa at the Presidential election, they hoped to win the next General Election too by forming a coalition with other parties excluding the UNP.