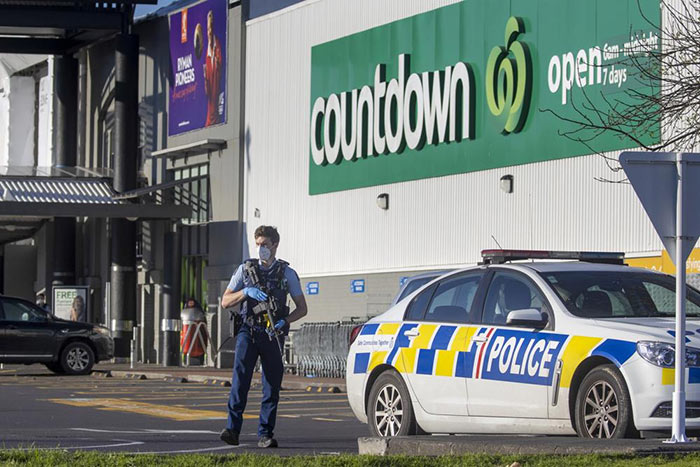 Sri Lanka will cooperate with New Zealand’s investigation into a knife rampage by an Islamic State-inspired assailant from the South Asian nation, authorities said Saturday.

Police shot dead the 32-year-old Sri Lankan after he attacked seven people in an Auckland supermarket on Friday. The man had been living in New Zealand since 2011.

Ratnasingam commended the quick response of New Zealand authorities in dealing with the attacker.

Sri Lankan police sources said criminal investigators had already interviewed the attacker’s brother, who lives in Colombo, and were looking into all possible links.

“We are collecting information about him as well as anyone else who may have had contacts with him,” a top police official said, adding there were no records of the attacker visiting Sri Lanka recently.

Sri Lanka’s Muslim Council has condemned the Auckland attack as a “barbaric act of terrorism,” and thanked New Zealand police for their swift response.

“This reminds all of us to come together and be united and fight against terrorism and violent extremism locally and internationally for the betterment of everybody,” council member Mohamed Hisham told AFP.

“Her statement soon after the incident defused the situation and ensured there was no harm to the Sri Lankan community (in New Zealand),” Rahman told AFP.

Ardern insisted that no one community should be singled out for the violence.

“It was carried out by an individual, not a faith, not a culture, not an ethnicity,” Ardern said.

“He alone carries the responsibility for these acts.”

New Zealand authorities imprisoned a man inspired by the Islamic State group for three years after catching him with a hunting knife and extremist videos — but at a certain point, despite grave fears he would attack others, they say they could do nothing more to keep him behind bars.

So for 53 days from July, police tracked the man’s every move, an operation that involved some 30 officers working around the clock. Their fears were borne out Friday when he walked into an Auckland supermarket, grabbed a kitchen knife from a store shelf and stabbed five people, critically injuring three.

Two more shoppers were injured in the melee. On Saturday, three of the victims remained hospitalized in critical condition and three more were in stable or moderate conditions. The seventh person was recovering at home. The youngest victim was a 29-year-old woman, the oldest a 77-year-old man.

Court documents named the attacker as 32-year-old Ahamed Aathil Mohamed Samsudeen, a Tamil Muslim from Sri Lanka who arrived in New Zealand 10 years ago on a student visa-seeking refugee status, which he was granted in 2013.

Undercover officers monitoring Samsudeen from just outside the supermarket sprang into action when they saw shoppers running and heard shouting, police said, and shot him dead within a couple of minutes of him beginning his attack. A bystander’s video records the sound of 10 shots being fired in rapid succession.

The attack has highlighted deficiencies in New Zealand’s anti-terror laws, which experts say are too focused on punishing actions and inadequate for dealing with plots before they are carried out. Prime Minister Jacinda Ardern said lawmakers were close to filling some of those legislative holes when the attack occurred. She vowed law changes by the end of the month.