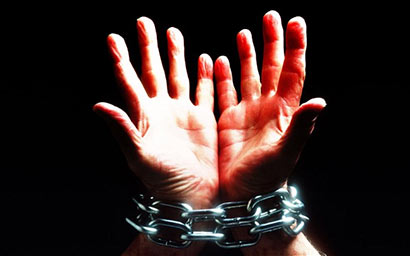 The US State Department’s Trafficking in Persons Report for 2013 has placed Sri Lanka in what is described as its Tier 2 Watch List. Tier 2 countries comprise those ‘countries whose governments do not fully comply with the US Trafficking Victims Protection Act’s (TVPA) minimum standards, but are making significant efforts to bring themselves into compliance with those standards.’

The US State Department’s Office to Monitor and Combat Trafficking in Persons, which compiles the relevant report, describes Tier 2 Watch List countries as embodying the above features AND (emphasis in original information bulletin) the following :

(b) There is a failure to provide evidence of increasing efforts to combat severe forms of trafficking in persons from the previous year; or

(c) The determination that a country is making significant efforts to bring itself into compliance with minimum standards was based on commitments by the country to take additional steps over the next year.

The Principal Deputy Director of the US State Department’s Office to Monitor and Combat Trafficking in Persons Nan Kennelly who was in this country last week for talks on matters relating to Human Trafficking with state officials and others, at a meeting with the press pointed out that Human Trafficking needed to be differentiated from Human Smuggling. They are not synonymous with each other.

Accordingly, Human Trafficking is defined as: ‘Sex trafficking in which a commercial sex act is induced by force, fraud or coercion, or in which the person induced to perform such act has not attained 18 years of age; or the recruitment, harbouring, transportation, provision or obtaining of a person for labour or services through the use of force, fraud or coercion for the purpose of subjection to involuntary servitude, peonage, debt bondage or slavery.

Human Smuggling is defined as the importation of people into the United States involving deliberate evasion of immigration laws. This offense includes bringing illegal aliens into the US as well as the unlawful transportation and harbouring of aliens already in the US.

Kennelly pointed out, however, that Human Trafficking is prevalent in almost every country, including the US.