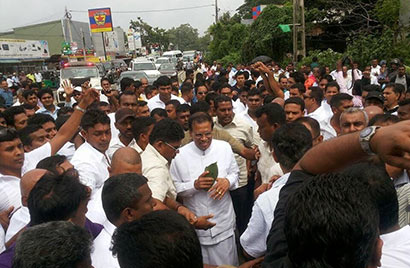 Main opposition presidential candidate Maithripala Sirisena, 63, who quit as health minister last week from Rajapakse’s government, was expected to address a rally later Sunday in Polonnaruwa, in the heart of the country’s “rice bowl”.

“Maithripala Sirisena represents the boiling resentment within the government of the Rajapakse family rule,” said former fisheries minister Rajitha Senaratne, one of 11 members of Rajapakse’s government to quit and support Sirisena in recent weeks.

Sirisena and other opposition figures were receiving Buddhist blessings at a temple and holding public meetings ahead of the rally in Polonnaruwa, which has been decked out in flags bearing their parties’ colours.

Presidential elections are set for January 8, with Rajapakse seeking a record third term — a move that was only made possible after he pushed through changes to the constitution.

Sirisena, who defected to the main United National Party (UNP), has secured the support of key, smaller opposition parties, representing a major challenge to Rajapakse, the region’s longest-serving leader.

Sri Lankan opposition party workers erect a giant cutout of their presidential candidate Maithripala …
The defections — including that of another cabinet minister, Naveen Dissanayake, on Sunday — have also dealt Rajapakse and his Sri Lanka Freedom Party a severe blow.

“I cannot remain in a government that is so corrupt,” Dissanayake, the minister for public administration reform, told reporters in Colombo on Sunday.

While Rajapakse remains generally popular with majority Sinhalese voters after overseeing the end of a separatist war by ethnic Tamil rebels in 2009, critics say he has become increasingly authoritarian.

Unassuming Sirisena is an unlikely candidate to challenge charismatic Rajapakse who won a landslide for a second term in 2010 after he declared the end to the 37-year-long war that claimed an estimated 100,000 lives.

After his 2010 win, Rajapakse went onto re-write the constitution and removed the two-term limit on the presidency and gave himself more powers over public servants as well as judges. The move was criticised by international rights groups as autocratic.

The president’s brothers include the speaker of parliament, the economic development minister and the powerful defence secretary.

Sirisena has secured the support of a rainbow opposition from right-wing groups to Marxists. 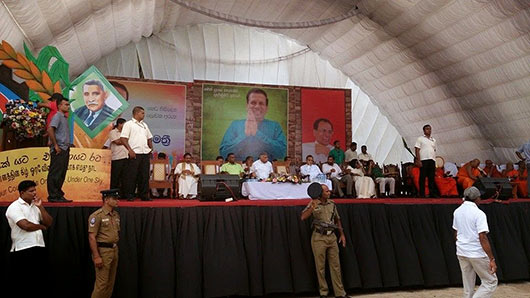 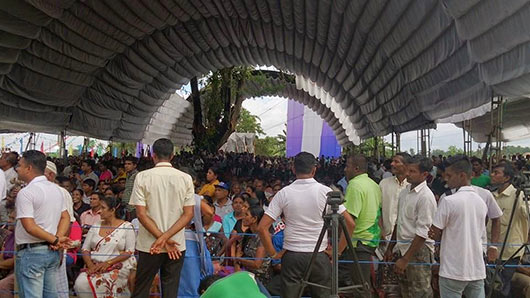 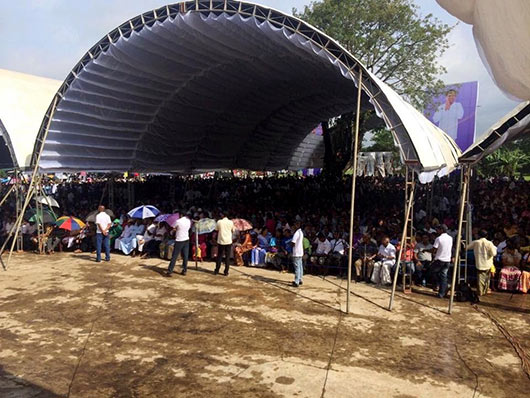 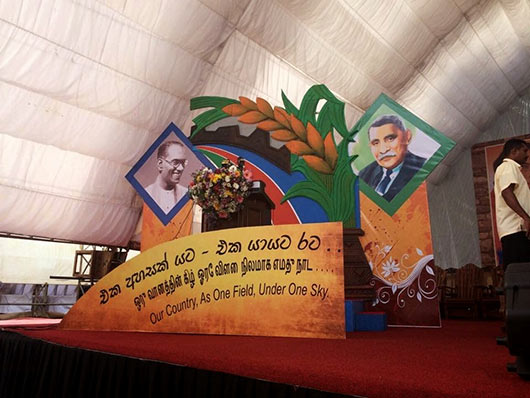