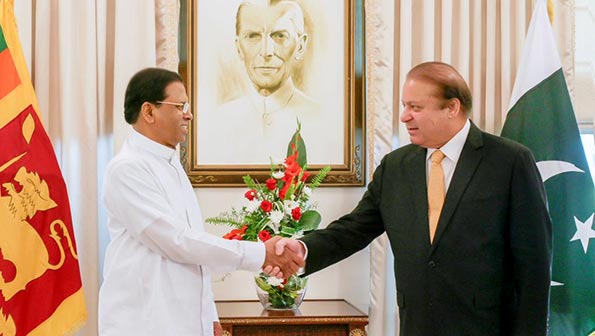 “The six agreements signed a few moments ago will intensify cooperation in the fields of disaster management, sports, shipping, cooperation in atomic energy for socio-economic development, anti-narcotics and academic cooperation. We agreed to take steps to further improve our economic and trade relations,” Sirisena said.

Moreover, an agreement signed between the two countries is expected to enhance bilateral trade up to $1 billion per annum.

The Sri Lankan premier also welcomed Pakistani investment in his country and invited the Pakistan International Airlines to re-commence flights to Sri Lanka.

He said Sri Lanka appreciated the $1 million grant for the construction of houses for the internally displaced persons (IDPs) and was thankful for the $200m credit line.

President Sirisena stressed the need to enhance tourism and “people to people contact” between the two countries and said the “academic and tourism communities will undertake joint research programs on our ancient connections”.

Speaking about the states’ relationship with each other, he said: “At a critical moment in our post-independence histories, we have stood in solidarity with each other. Sri Lanka is profoundly grateful to Pakistan for the strong support we received during our fight against terrorism.”

“Pakistan and Sri Lanka’s relations spanning over six decades is characterised by the spirit of true friendship, mutual respect, understanding and excellent cooperation.”

He said the leaders of the two countries “share views on how to intensify collaboration to achieve the extraordinary relations our people deserve”.

Although Nawaz voiced Pakistan’s intentions to maintain good relations with all neighbouring countries, he emphasised that ties with Sri Lanka were a special priority for Pakistan, and that the leaders shared common views on regional and international issues.

Nawaz said Pakistan valued its ties with Sri Lanka and that the agreements between Islamabad and Colombo would go a long way in strengthening the relationship between the two countries. 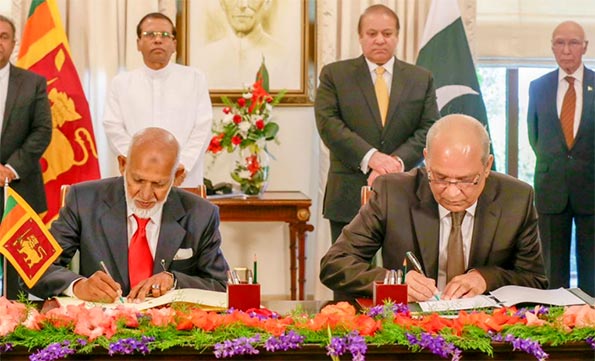 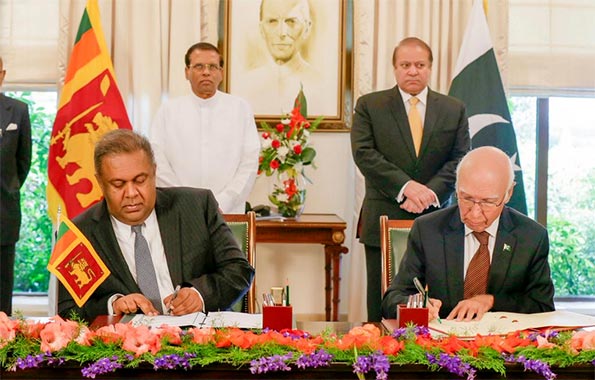