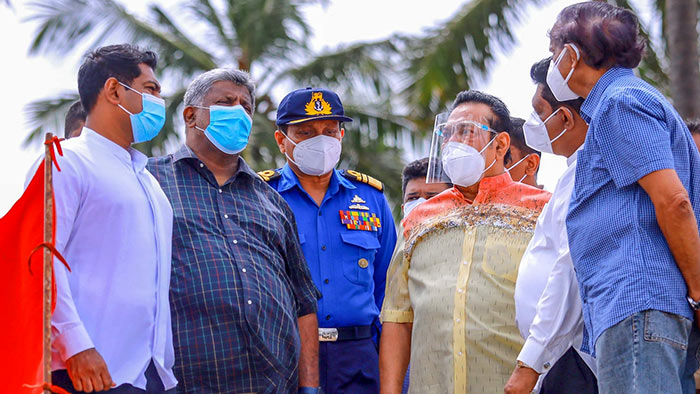 Sri Lankan Prime Minister Mahinda Rajapaksa on Saturday made an inspection visit to the coastal area in Uswetakeiyawa on the outskirts of capital Colombo which is affected by the debris washed up from the fire-ravaged container ship X-Press Pearl, the Prime Minister’s Office said.

During the inspection visit, the prime minister issued directives to the officials to expedite the provision of relief to the fishermen affected by the situation, a statement from the Prime Minister’s Office said.

The vessel is registered under the flag of Singapore and was carrying 1,486 containers with 25 tons of Nitric Acid and several other chemicals and cosmetics from the port of Hazira, India on May 15.

The vessel sent out a distress call while being close to the Colombo Port on May 20, and caught fire soon after that. The Sri Lankan Navy immediately dispatched vessels to bring the fire under control.

Sri Lanka’s MEPA said on Friday that a major environmental disaster was expected following the burning of the vessel and the impact was being assessed.

General Manager of MEPA Terney Pradeep said the coastal line from the south along the west coast had debris washed ashore and the public had been strongly advised not to touch any of the debris as it could contain hazardous material.

State Minister of Urban Development, Coast Conservation, Waste Disposal and Public Sanitation Nalaka Godahewa told the media on Friday that a large amount of marine life had been killed as a result of the pollution from the ship.

He said that fish, turtles and other marine life had been killed and more such loss of life was expected over the next few days.

The Sri Lankan government has decided to pay a certain amount of compensation for the fishing community which has to suspend fishing activities and those who are involved in related industries. 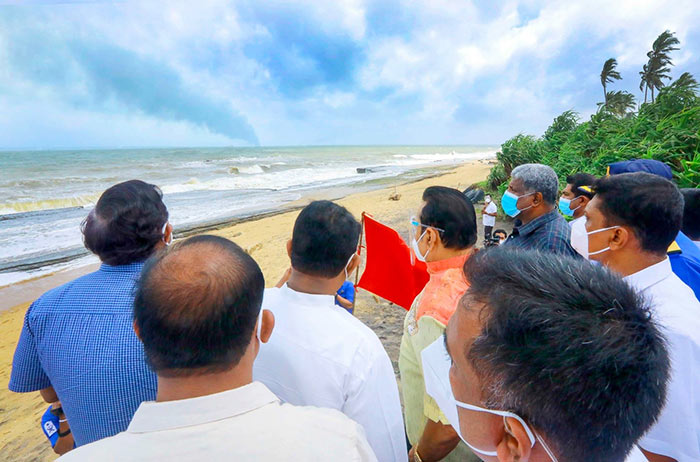