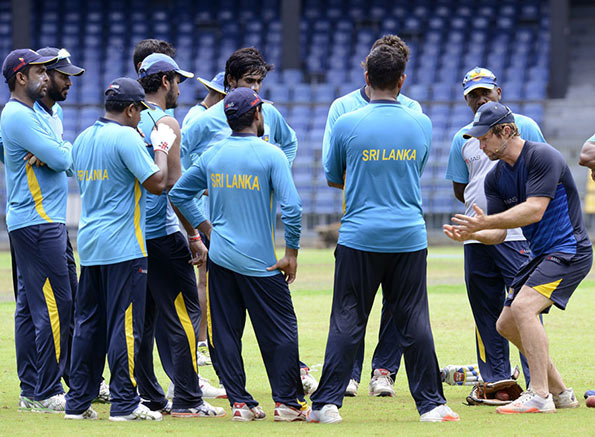 Davos (Switzerland) – Sri Lankan Prime Minister Ranil Wickremesinghe said Wednesday cricket match-fixing claims must be investigated out of fairness to the players and his country.

Sri Lankan police questioned skipper Angelo Mathews the previous day as part of investigations into an attempt to bribe players to under-perform in a Test match against the West Indies.

“All allegations have to be investigated in fairness to the players and in fairness to the Sri Lankan team and to Sri Lanka,” the prime minister said when asked about the cricket probe at a news conference during an annual gathering of billionaires and political leaders in the Swiss ski resort of Davos.

Sri Lanka’s captain said Tuesday police had recorded a statement about what he knew of an approach to two Sri Lankan players to arrange a shock defeat at the hands of the West Indies at Galle last October. The two players are said to have refused the offer of some $70,000.

“This is about a player approach, no investigation against any of the cricketers,” Mathews said.

On Monday the Sri Lanka cricket board suspended its fast bowling coach Anusha Samaranayake for two months and sacked a part-time employee, net bowler Gayan Vishwajith, during an investigation into the bribery allegations.

Meanwhile, on Wednesday, Jayananda Warnaweera, the former curator of the Galle International Stadium, was banned for three years by the International Cricket Council after failing to cooperate with an anti-corruption investigation.