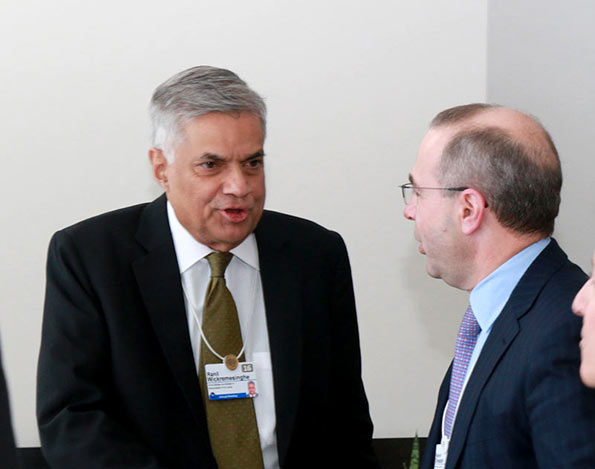 The World Economic Forum 2016 inaugurated at Davos in Switzerland yesterday with the participation of over 2,000 world leaders and economic specialists, including Prime Minister Ranil Wickremesinghe. It is for the first time in history that a Sri Lankan leader attended the World Economic Forum on a special invitation.

Prime Minister Wickremesinghe also held discussions with the Heads of many large scale trading companies. During these meetings, they expressed their willingness to bring in large scale investments to Sri Lanka within this year.