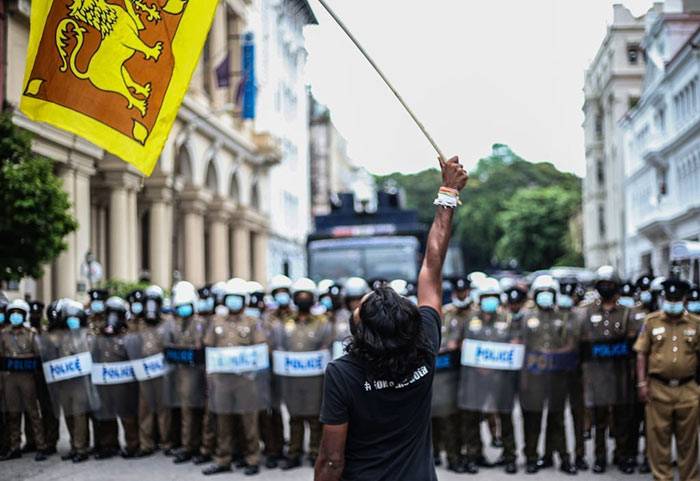 A protester waves the national flag in front of the police brigade during the protest near the president’s house in Colombo, Sri Lanka, on May 24, 2022. (Photo by Pradeep Dambarage / NurPhoto via Getty Images)

The Fort Magistrate’s Court has issued an order against protestors from entering several roads in Colombo tomorrow (May 28).

This court order was obtained by the Colombo Fort Police.

In addition they are not allowed to forcibly enter or cause damage to any public institution and official residences located within the Fort Police Jurisdiction, or obstruct the duties of officers in the area.