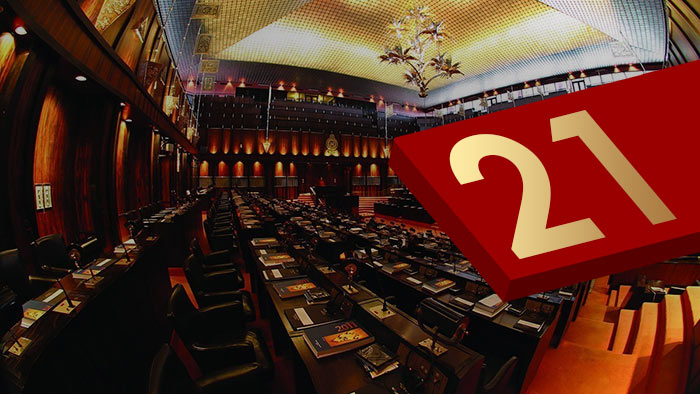 Leaders of Political Parties in Sri Lanka who attended today’s (May 27) meeting with the Sri Lankan Prime Minister Ranil Wickremesinghe have reached a general consensus on the fact that the 21st Amendment to the Constitution has to be passed as soon as possible.

Further, they also agreed to abolish the executive presidency, as a second step on the way forward.

The Prime Minister’s Media Division said the Party Leaders would continue their deliberations on where the President should hold the Ministry of Defence with him.

The purpose of the meeting was to allow Party Leaders to present their observations regarding the draft Amendment.

Issuing a statement the Prime Minister’s Media Division said a decision was made to hold a final meeting next Friday (June 03), with the Tamil National Alliance’s (TNA) attendance, in order to finalise the draft.

The Party Leaders meeting to discuss the draft 21st Amendment was held under the auspice of the Prime Minister today (27).

The purpose of the meeting was to allow the Party Leaders present their observations regarding the draft Amendment. A general consensus was reached that a 21st Amendment to the Constitution had to be passed as soon as possible.

Following the discussions it was decided that due to the Tamil National Alliance being unable to attend today’s meeting, they would hold a final meeting next Friday (3), with the TNA’s attendance, so as to finalise the draft.

The Prime Minister also announced that during the week if any parties wished to seek further clarification they could do so from the Minister of Justice.