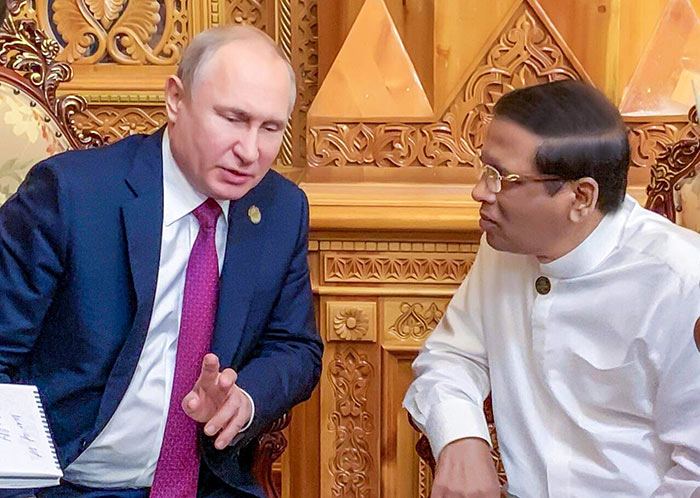 A meeting between President Maithripala Sirisena and the Russian President Vladimir Putin was held on Saturday (15).

The President held this meeting on the sidelines of the fifth Summit of the Conference on Interaction and Confidence Building Measures in Asia (CICA), Dushanbe, Tajikistan.

During the meeting, the attention of the two leaders were drawn to further strengthening bilateral relations between Sri Lanka and Russia as well as on several other important regional issues.

The USA has imposed sanctions on some of the goods imported from Russia to Sri Lanka, and both leaders discussed how to proceed in the future in this regard.

“Furthermore, President Sirisena extended an invitation to the Russian President to visit Sri Lanka in the near future,” the President’s Media Unit said.