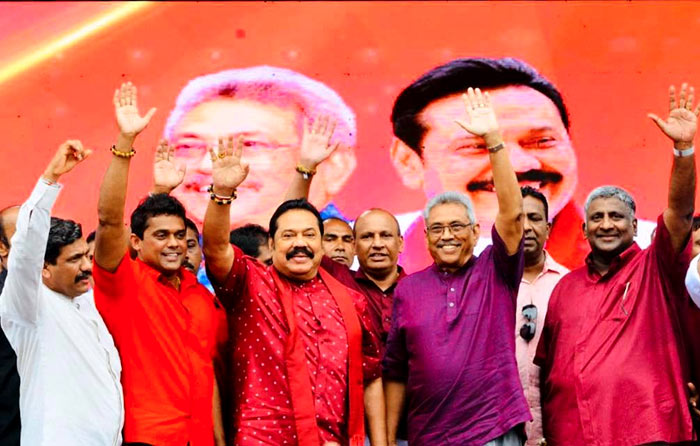 Sri Lanka’s former defense chief, a front-runner in next month’s presidential election, said Sunday that he would empower the state’s intelligence sector with necessary legal cover to help secure the country in the aftermath of the deadly Easter Sunday bomb blasts.

Gotabaya Rajapaksa, a powerful defense official in the government of his brother, former President Mahinda Rajapaksa, is accused of using his intelligence team for extrajudicial killings, abductions and torture of dissidents and LTTE suspects during the island nation’s long civil war.

A number of former intelligence personnel are currently under detention for allegedly killing a journalist, and allegedly attempting to kill, abduct and torture others.

Gotabaya Rajapaksa declared in his first election rally last week that he will release all military personnel under detention if he comes to power. He is a favorite to win the Nov. 16 election, in which national security has become the focal point.

“We will give due powers to the intelligence officers and also the necessary legal cover to perform their duties,” said Rajapaksa, pledging to revive the “country’s crippled defense mechanism.”

“By doing so, we will rebuild a secured country where you can live without any fear,” he told an election rally in the town of Kadawatha, on the outskirts of the capital, Colombo.

To many Sri Lankans — especially ethnic majority Sinhalese — Rajapaksa is a hero for his crucial role in ending the prolonged civil war in this Indian ocean island nation a decade ago. His popularity is on the increase after April’s Easter attacks that killed 263 people and wounded 500 others.

But to his opponents and critics, Rajapaksa is a feared defense official accused of condoning rape, torture and shadowy disappearances of critics.

A former army officer, Rajapaksa played a crucial role in crushing the Tamil Tiger rebels, who fought the civil war to create a separate state for ethnic minority Tamils. The war ended in 2009, but both sides are still facing allegations of war crimes and grave rights violations.

A dual citizen of the United States and Sri Lanka, Rajapaksa is facing two lawsuits in the U.S., one in the killing a prominent newspaper editor and another involving the torture of a youth under his watch. He has denied the allegations and has said he has started the process to renounce his U.S. citizenship because Sri Lankan law does not permit dual citizens to hold office. 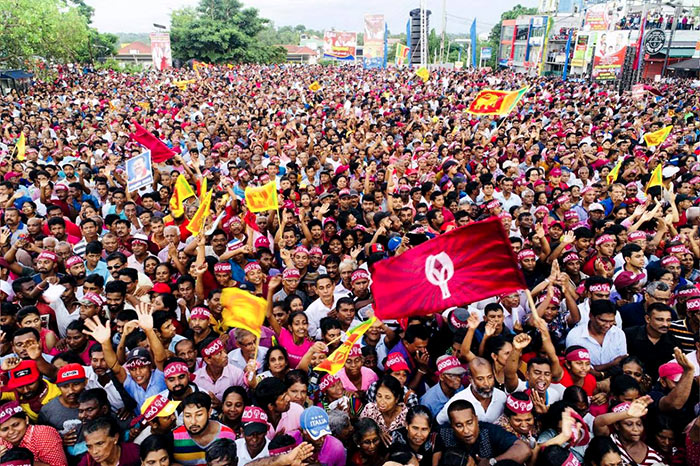