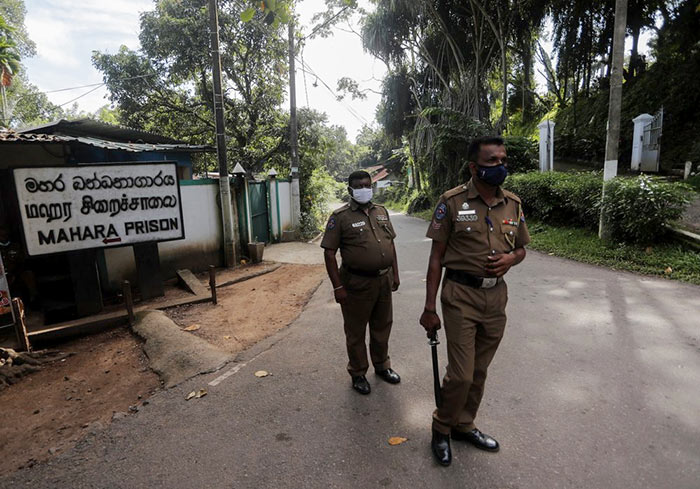 The Sri Lankan police investigating the deaths of at least 11 inmates in a prison riot in the country has said it will also probe the alleged excessive use of medicinal drugs by the prisoners that may have made them violent.

The riot broke out over rising coronavirus infections on Sunday in the Mahara prison on the outskirts of Sri Lanka’s capital Colombo when some inmates tried to escape, prompting the authorities to use force. The incident happened as pandemic-related unrest has been growing in Sri Lanka’s overcrowded prisons.

Police spokesman Ajith Rohana said they would seek medical consultant’s’ opinion on the alleged use of drugs prescribed for mental illness, thus making them violent.

The government on Thursday asserted in Parliament that the violent behaviour of prisoners was triggered by the alleged use of some drugs.

However, the Sri Lanka College of Psychiatrists yesterday denied the possibility of medicine usage leading to violent behaviour, saying none of the drugs reported to be stored in the prison could lead to violent behaviour. Instead, they are meant to trigger calmness and mild drowsiness.

Some 11 inmates were killed and 106 injured in the riot.

Rohana said the CID in their probe had recorded 56 statements from prison doctors, nurses, jailors and prisoners.

The main Opposition charged that the transfer of COVID-19 infected inmates from the main Welikada prison to Mahara led to the commotion.

The prisons minister, Lohan Ratwatte, said not a single gunshot was fired at the Mahara prison and the inmates were fighting among themselves.

The government maintained that inmates attacked those found to be COVID-19 positive.

The John Hopkins University’s latest data on Sri Lanka says the country has had 26,030 confirmed coronavirus cases and 129 deaths.