China said on Thursday that Sri Lanka’s visiting president had promised work would resume on a controversial Chinese-backed port development in Colombo that his administration had earlier suspended.

Citing a lack of government approvals, Sri Lanka halted the $1.4 billion port city project, straining ties with its biggest investor. China defends the project, saying it is in line with local laws and any cancellation would deter foreign investors.

“He (Sirisena) stressed that what happened around the port city in Colombo is rather temporary, and he said the problem does not lie with the Chinese side and hopes to continue with the project after things are sorted out,” said Liu Jianchao, assistant minister of foreign affairs.

China has poured millions of dollars into infrastructure in Sri Lanka since the end of a 26-year civil war in 2009, when Colombo was largely shunned by Western investors because of its human rights record.

Sirisena has vowed to reconsider deals between China and his predecessor Mahinda Rajapaksa, saying they were not transparent enough.

China’s ties with Sri Lanka, as well as its growing influence in the Indian Ocean, have elicited alarm from India, which has traditionally held sway with Colombo.

Sirisena’s government also aims to renegotiate terms of about $5 billion in Chinese loans. China has said in the past that the terms of the loans are reasonable and in line with other countries.

Liu said the two presidents had not “gone that far” in discussing any potential renegotiation of interest rates on the loans.

He added that China hopes to strengthen defence ties between the two countries, saying the presidents discussed cooperation in training military personnel and providing “military equipment”.

India voiced concern in November when Rajapaksa’s government allowed a Chinese submarine and warship to dock in Colombo, seven weeks after another submarine called at the same port.

Sri Lanka’s Foreign Minister Mangala Samaraweera said in February he did not anticipate any more visits by Chinese submarines, leading analysts to suggest Sirisena’s administration is approaching military ties with Beijing more warily than his predecessor.

Liu added that it is possible that the China-led Asian Infrastructure Investment Bank (AIIB), which is expected to start operations by the end of the year and has drawn a growing list of countries, could be a source of funding for Sri Lankan infrastructure projects, but that the matter would have to be discussed with other members of the bank once it is established. 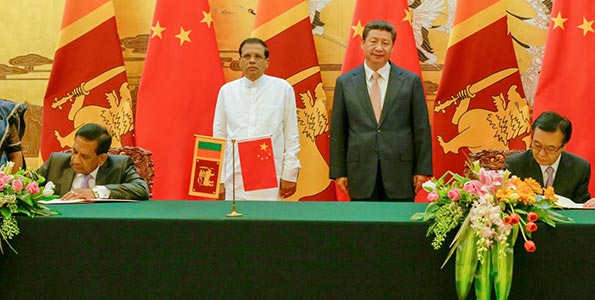 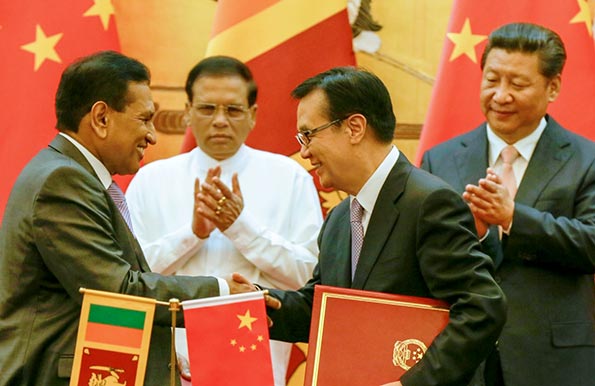 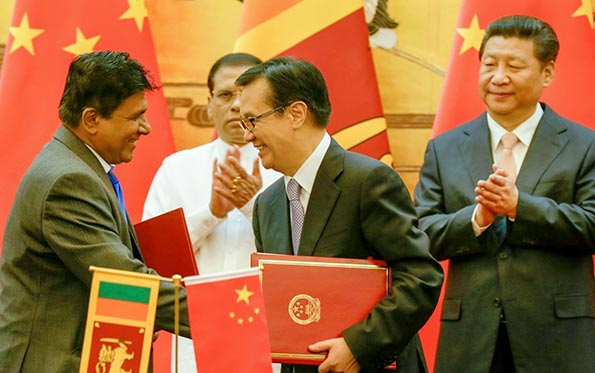 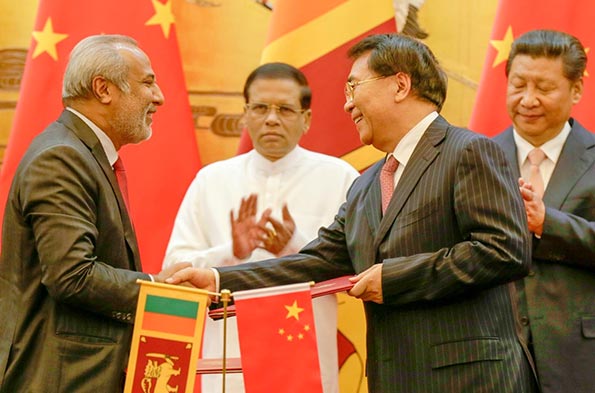