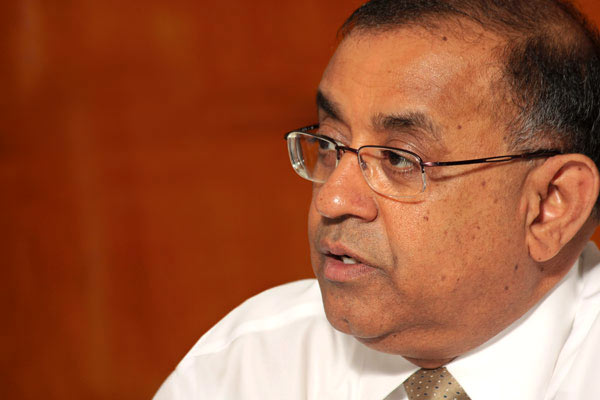 Secretary to the President Dr. P.B. Jayasundera yesterday assured global investors that Sri Lanka has put in place policies and strategies to unleash its next wave of high yet sustainable growth, despite challenges such as the pandemic.

Delivering the keynote at the virtual three-day Sri Lanka Investment Forum’s inauguration yesterday, Dr. Jayasundera said that the COVID-19 pandemic hit Sri Lanka at a time when the President Gotabaya Rajapaksa Government was preparing to reinvigorate a badly run economy during 2015-2019. He said economic growth slumped to 2.3% in 2019 from 5% in 2015.

“We have been averaging 5-5.5% growth during the 30-year conflict and grew around 7-8% post-conflict, which confirms Sri Lanka’s potential and resilience,” Dr. Jayasundera said.

It was pointed out that a weakened economy in 2019 was further impacted by COVID leading to a 4% contraction in 2020 and this was despite several initiatives carried by the new Government, such as tax reforms, public expenditure reforms, and stepped-up public investment strategies.

“Benefits of these measures were overshadowed by the COVID impact, whilst there was higher public health expenditure as well,” the Secretary to the President explained.

However Dr. Jayasundera told investors now “Sri Lanka is ready to regain the growth momentum it lost since 2015”.

He also said the national goal is to push per capita income towards $ 10,000 in order to consolidate as an advanced middle income country as opposed to present level of $ 4,000. “This will be driven by structural changes in exports and imports of goods and services to make it much more diversified and inclusive,” he added. Jayasundera said on average the national growth target in GDP is in excess of 6%.

Noting that Sri Lanka cannot sustain a $ 10 billion trade deficit with exports being $ 10 billion and imports amounting to $ 20 billion, Dr. Jayasundera said the Government has announced a host of measures to boost exports to $ 12 billion this year and $ 15 billion by 2024 and $ 20 billion by 2028. The targets will be achieved via export diversification and greater local value addition, he added.

“Export performance year-to-date is encouraging and gives us confidence of achieving the goal of $ 12 billion by end 2021,” he said.

Dr. Jayasundera also said it was the COVID impact, which compelled to enforce import restrictions, but that those need to be gradually relaxed as imports will be needed and likely to grow to $ 22 billion by 2024/25.

The President’s Secretary also told global investors that they can count on the strength, capability and resilience of the Sri Lankan business community, which has invested considerably as well as captured global markets.

“We have political stability with mature Parliamentary democracy,” he said, adding that public health, economic development and national security are being diligently addressed.

However, Dr. Jayasundera acknowledged that Sri Lanka faces a few downside risks as well and emphasised on the long overdue public sector reforms, the need to improve the ease of doing business and filling the gaps in infrastructure.

“These are being addressed via several initiatives,” he assured participants of the Sri Lanka Investment Forum.

Dr. Jayasundera highlighted what he described as the Government’s landmark achievements which global investors should take confidence from. One was the finalisation of the $ 700 million BOT deal on the Colombo West Port Terminal involving India’s Adani and Sri Lanka’s John Keells Holdings.

This is apart from Sri Lanka Ports Authority developing the East Container Terminal, both of which will augment much needed capacity at South Asia’s hub Colombo Port. The other is drawing a $ 800 million investment from China Harbour for the elevated highway connecting Kelaniya and Athurugiriya. “We have moved from expensive foreign loan funded project financing to project promoter-led financing,” the President’s Secretary added.

Harnessing local contractors for several other highway projects including North, East and hill country as well as multilateral donors such as World Bank and Asian Development to boost irrigation, water management and rural road development were significant, he added.

He also spoke on the Colombo Port City project aimed at making Sri Lanka a service hub for emerging global companies from West to East.

“The Port City Commission legislation has been endorsed by the Supreme Court and passed in Parliament by majority, all rallying round to make the project a reality,” he said. Dr. Jayasundera estimates $ 1.5 billion investment in the first year and $ 20 billion in the next five to seven years.