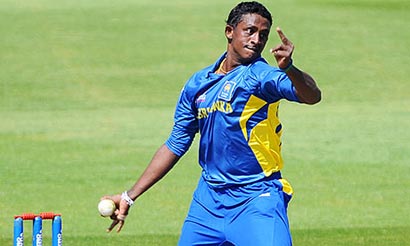 Colombo — Sri Lanka’s selectors on Thursday recalled unorthodox spinner Ajantha Mendis for two Test matches in Bangladesh starting next week after keeping him out of the recent series against Pakistan.

Mendis, 28, who bowls both off-spin and leg-breaks with an unusual finger-flicking action, last played a Test during his team’s home series against Bangladesh in March 2013.

Mendis, with 64 wickets in 17 Tests, replaces off-spinner Sachithra Senanayake from the side that earlier this week drew against Pakistan 1-1 in the United Arab Emirates.

The 15-man squad, released by Sri Lanka Cricket, does not feature batsman Lahiru Thirimanne and seamer Nuwan Kulasekara, who were both injured during the Pakistan matches.

Sri Lanka, who are due to reach Bangladesh on Friday, will play two Tests, three one-day internationals and two Twenty20 games during the month-long tour.

The first Test starts in Dhaka on Monday, followed by the second in Chittagong from February 4.

The squad for the limited-overs games will be picked later.