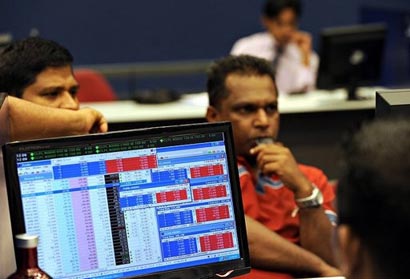 Fitch Ratings said it upgraded Sri Lanka’s long-term foreign and local currency issuer ratings to “BB-” from “B+” with the outlook on both listed as “stable”.

“The upgrade reflects the stabilisation and recovery of the economy under the country’s IMF programme and increased efforts to address the chronic budget deficit position,” Fitch director Art Woo said in a statement.

The remarks came as another ratings agency, Moody’s Investors Service, lifted the outlook on Sri Lanka’s below-investment-grade “B1” credit, to “positive.”

Sri Lanka is already conducting roadshows to attract buyers for its latest 10-year bond issue. It will be Sri Lanka’s fourth international bond offering since it first tapped foreign capital markets in 2007.

Sri Lanka secured a $2.6 billion IMF bailout in 2009 when its foreign reserves fell below one billion dollars.

However, it has shown signs of recovery with the end of nearly four decades of ethnic bloodshed in May of the same year.