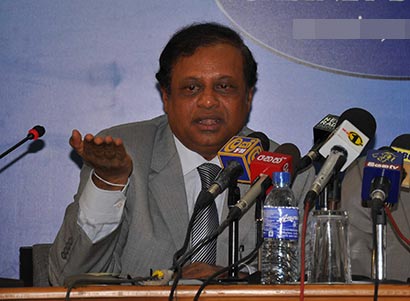 Sri Lanka is looking for alternatives to Iranian crude oil in the face of US-led sanctions aimed at spurring Tehran to abandon its nuclear programme, Colombo’s petroleum minister said Wednesday.

Susil Premajayantha said Sri Lanka imported 92 percent of its crude oil needs from Iran, but was now looking at alternatives.

“We have begun looking for alternative sources of crude and the possibility of increasing the import of Saudi Arabian crude,” Premajayantha told parliament.

He said Sri Lanka’s refinery, built with Italian technology in 1968, could handle Iranian or Saudi light crude and talks were underway to get more Saudi oil, as well as increase refined petroleum product imports from elsewhere.

India has said it will continue to import oil from Iran, joining China in refusing to bow to intensifying US pressure not to do business with the Islamic republic.

The West fears Iran is trying to build a nuclear bomb.

Tehran insists its nuclear programme is only for civilian use and refuses to abandon its uranium enrichment activities, ramping up its programme in the wake of recent Western economic sanctions against its finance and all-important oil sectors.