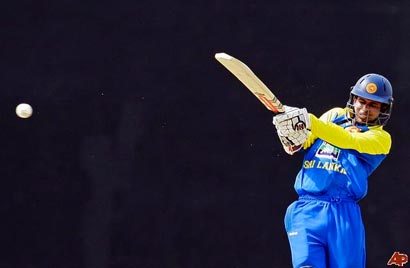 The sports minister in Sri Lanka has said he will launch an investigation into allegations that the ministry’s own medical unit provided banned substances to some of the country’s sports personnel.

Minister Mahindananda Aluthgamage told the BBC Sinhala Service that he was sacking the head of the unit, Dr. Geethanjana Mendis, and replacing the whole team with sports medical experts.

“We have received numerous serious complaints from sports personnel and sports associations that individuals at the unit provided banned substances,” said Aluthgamage.

“The unit also does not have any sports medical specialist. Under these circumstances, mainly due to the recent doping incidents, we need to strengthen the unit to conduct a wider anti-doping programme island-wide.”

Cricketer Upul Tharanga was banned for three months by the International Cricket Council (ICC) after he was found guilty of taking a banned drug during the 2011 World Cup.

Two Commonwealth Games medallist, boxer Manju Wanniarachchi and weightlifter Chintana Vidanage, were among the other national sportsmen to be banned from the international game, together with a group of rugby players.

Aluthgamage said there was an urgent need to strengthen the sports medical unit with a “good administrator” and specialists in order to initiate a wider anti-doping programme.

Dr. Geethanjana Mendis refused to comment when contacted by the BBC.