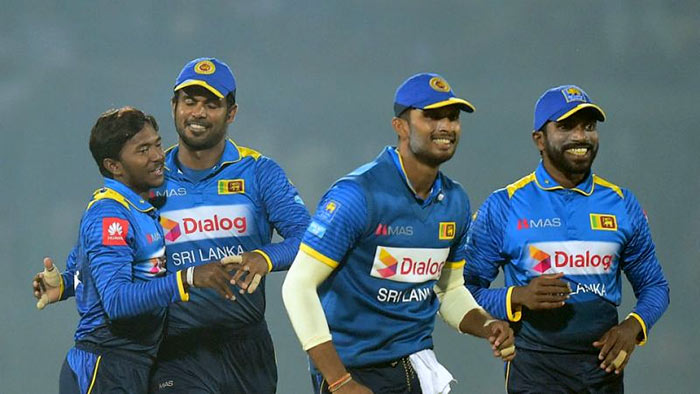 Sri Lanka cruised to a 75-run victory over Bangladesh in Sylhet to wrap up a 2-0 triumph in the Twenty20 international series.

Dinesh Chandimal’s side had chased down 194 with 20 balls to spare on Thursday and they displayed even more power batting first in this contest, piling on 210-4 after being put in by Mahmudullah.

Danushka Gunathilaka (42) and Kusal Mendis looked in supreme control from the off, compiling 98 for the first wicket before Gunathilaka holed out to the part-time medium pace of Soumya Sarkar.

The platform for a dominant total had already been set, though, and Mendis top-scored with 70, ably assisted by thrilling knocks from Thisara Perera (31 off 17 balls) and Upul Tharanga (25 off 13) before Dasun Shanaka added five boundaries and a six among his 11 balls for 30.

Bangladesh were soon behind the eight ball in their chase, Sarkar (0), Mushfiqur Rahim (6) and Mohammad Mithun (5) falling inside the first powerplay, while Tamim Iqbal was not far behind them, having scored 29 of Sri Lanka’s 59 runs at the fall of the fourth wicket.

Though Mahmudullah scored a battling 41, his was the only contribution of note as the Tigers eventually crumbled to 135 all out.

Sri Lanka shared the wickets around no fewer than seven bowlers as they backed up victories in the ODI tri-series and Bangladesh Tests with further success, beginning 2018 in a far more positive mode than they spent much of the previous year.