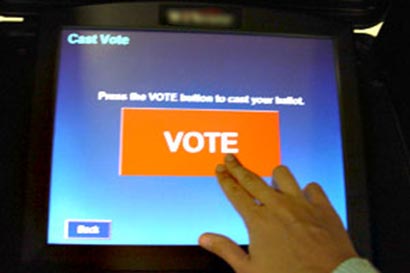 COLOMBO, 17 JANUARY, 2012: Sri Lanka is planning to amend its elections law so as to enable electronic voting, according to China’s Xinhua news agency citing Election Commissioner Mahinda Deshapriya on Monday.

Speaking to media, the official said said that the government is considering to amend the current election law so that it would be possible to initiate electronic voting instead of the laborious hand counting system that is in practice now.

“Large amounts of public money are spent on elections as they are done manually with the entire process needing many people and resources,” said Deshapriya.

“Thousands of people have to be deployed to carry ballot boxes, distribute voting cards, guard polling stations and monitor that the elections are not rigged. The largest number of public workers is needed to count and tally the results.”

The re-allocation of electorates and aligning of the system will enable electronic voting to be implemented in Sri Lanka, one of South Asia’s oldest democracies and the first in the region to get the universal franchise for women, said Deshapriya.