Sri Lanka to continue having friendly policy towards China 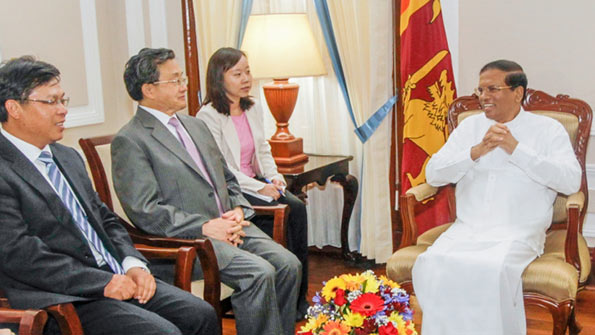 Sri Lanka will continue to pursue a friendly policy towards China and promote all kinds of cooperation between the two countries, Sri Lankan President Maithripala Sirisena has said.

The $1.4 billion Colombo Port City Project, funded by the China Communications Construction Company Limited (CCCC), was suspended by Sirisena’s government in March after concerns were raised over some aspects of the project. The project began construction in September last year.

Liu said despite changes — both in regional and international situation and the political situation in Sri Lanka, China will adhere to the friendly policy between the two countries.

He hoped that Sri Lanka will make joint efforts with China for the development of bilateral relations.

Sri Lanka should see the 21st Century Maritime Silk Road, proposed by China, as an opportunity to promote cooperation and lift the ties between the two nations to a new high, Liu added.

Home » Sri Lanka to continue having friendly policy towards China