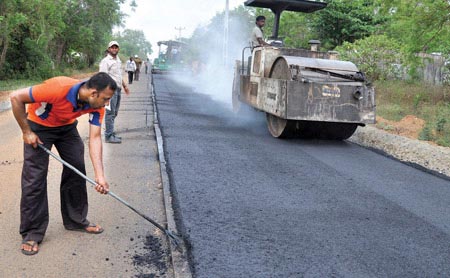 The Sri Lankan government has decided to recommence all the main and provincial road development projects in the island nation with China, a government official said on Sunday.

Highways, Higher Education and Investment Promotion Ministry Secretary Udaya Ranjith Seneviratne told Xinhua that the ministry had already made payments to the relevant Chinese contractors for the projects. Some Chinese companies had earlier decided to suspend some of the projects due to non-payment.

One of the projects to immediately recommence work is the extension of the Southern Expressway, Seneviratne said.