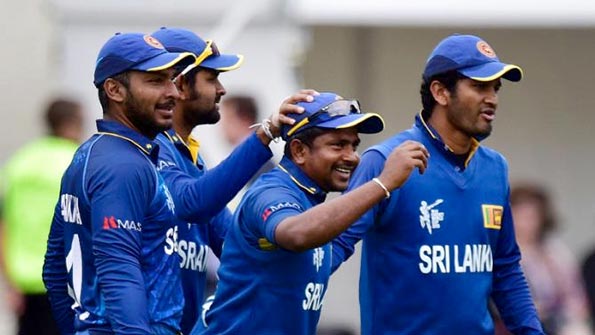 Sri Lanka flew back to New Zealand on Friday grumbling about their World Cup travel following a hectic dash across the Tasman sea for just one game even as some other teams enjoyed a relaxed schedule.

Angelo Mathews’ men played their first two matches in New Zealand and then flew across to Australia to complete a 92-run drubbing of Bangladesh at the Melbourne Cricket Ground on Thursday.

A few hours later they were back on the plane heading for Wellington where England await them for a crucial Pool A at the Westpac stadium on Sunday.

Sri Lanka will then return to Australia for their last two league matches against Australia in Sydney on March 8 and against Scotland in Hobart three days later.

“It would have been nice to have finished New Zealand before coming to Australia,” team manager Michael de Zoysa said. “It certainly is inconvenient and tiring for the boys.”

Zoysa said with Friday spent in travelling, the team is likely to rest on Saturday which leaves them little time for serious training ahead of the England game.

The match against Eoin Morgan’s side will be Sri Lanka’s third in eight days, having played Afghanistan last Sunday and Bangladesh on Thursday.

In contrast, defending champions India are enjoying a relaxed itinerary.

Mahendra Singh Dhoni’s men played their first two matches a week apart, clashing with Pakistan in Adelaide on February 15 before taking on South Africa at the MCG on February 22.

Since then India have been based in Perth where they are staying for 12 days for two games against the United Arab Emirates and the West Indies, before flying to New Zealand on March 7 for their last two Pool B matches.