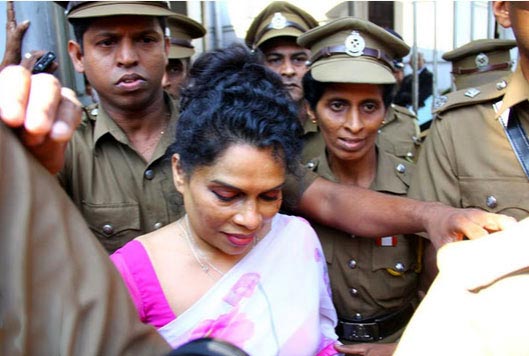 Former Minister Wimal Weerawansa’s wife Shashi Weerawansa, who was arrested and remanded on charges of falsifying documents to obtain a diplomatic passport, has been granted bail by the Colombo Magistrate’s Court.

She was released on a personal bail of Rs 500,000 and a cash bail of Rs 15,000 under strict conditions, after a motion seeking bail was taken up for consideration today (27) before Magistrate Gihan Pilipitiya.

The defendant has been ordered to appear before the court registrar once every month and to refrain from attempting to influence witnesses in the case.

The Criminal Investigation Department (CID) arrested Shashi Weerawansa at a private hospital in Malabe last Sunday (22) and subsequently remanded by the Colombo magistrate.

On Tuesday (24) she was transferred to the Prison Hospital from the private hospital in Malabe.