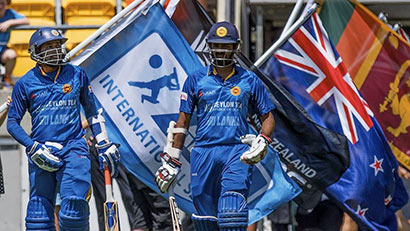 WELLINGTON, New Zealand — Sri Lanka won the toss and elected to bat Thursday in the seventh limited-overs cricket international against New Zealand, which holds an unbeatable 4-1 lead in the seven-match series.

Both teams are without their first-choice captains. Lahiru Thirimanne will lead Sri Lanka for the third time in the series in the absence of Angelo Mathews who has flu, while Kane Williamson takes over from Brendon McCullum who is being rested.

New Zealand named Tom Latham to open the batting in McCullum’s absence and Tim Southee in place of Trent Boult.