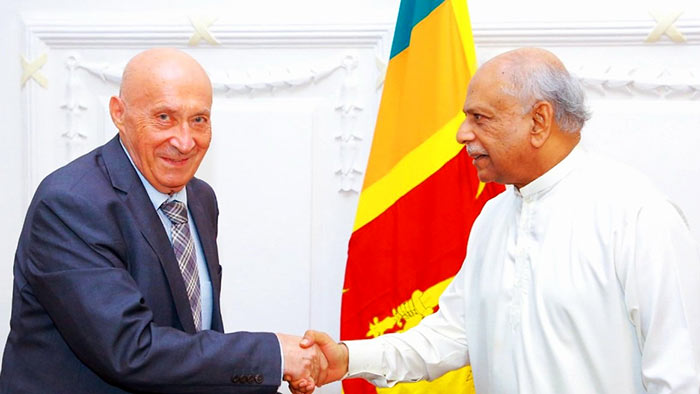 Romanian Ambassador Victor Chiujdea said many leading multinationals are investing heavily in Romania and there will be many opportunities for skilled IT workers from Asian countries including Sri Lanka to get employment, according to a statement by the Prime Minister’s office.

He said there could be thousands of jobs for IT specialists in multinational companies as well as Romanian companies.

Ambassador Chiujdea said this when he called on Prime Minister Dinesh Gunawardena at Temple Trees on September 07.

He said a group of Sri Lankan academics will shortly visit Romania to discuss cooperation in the field of higher education shortly, under an exchange visit supported by the European Union.

Prime Minister Gunawardena and Romanian Ambassador held discussions on bilateral relations between the two countries and the steps Sri Lanka is taking to overcome the current economic challenges.

The Prime Minister said that he is thankful for Romania’s support to Sri Lanka in the past and made a special mention about the Romanian railway compartments and rails supplied to Sri Lanka.

Ambassador Chiujdea said his country would sign an agreement with Sri Lanka to avoid double taxation so that the trade process could be smoothened.