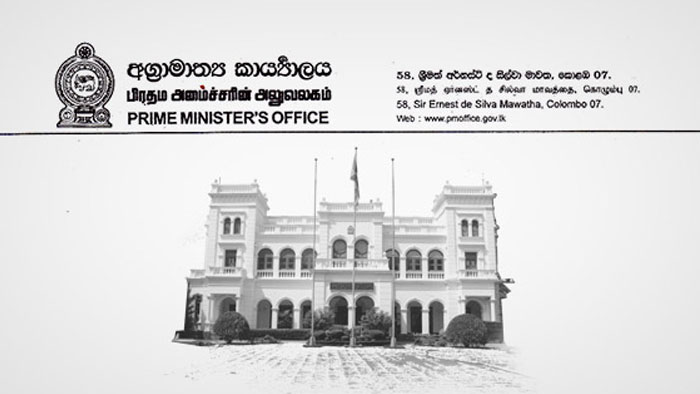 The Prime Minister has instructed the staff to reduce the expenses and instil financial discipline as he has embarked on a journey to revive the country’s economy.

Meanwhile, a number of existing staff at the Prime Minister’s Office have been transferred to various Departments.

The Prime Minister’s office will be run by a limited number of staff and the number of vehicles used by the staff will also be reduced.