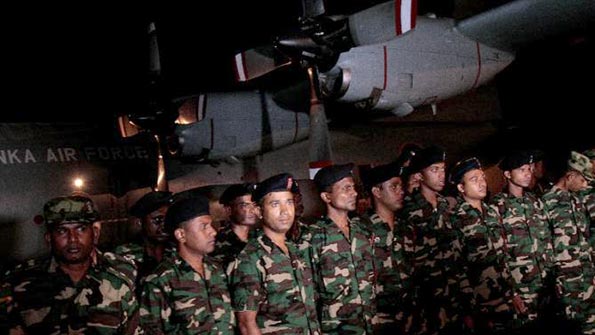 A Sri Lankan team left for Nepal from Colombo on Sunday to assist in rescue and relief operations, following the earthquake on Saturday that left over 2,000 people dead and 5,000 others injured.

The Sri Lankan government said it was deeply saddened by the tragic loss of lives and extensive damage to property caused by the earthquake in Nepal on Saturday.

The Sri Lankan citizens will be brought back home by the planes taking relief supplies to Nepal.