Ven. Sobhitha’s satyagraha today – In support of 19 A 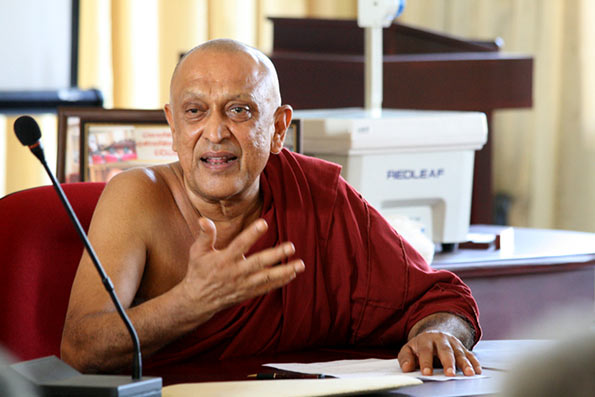 The Convener of the National Movement for Social Justice, Ven. Maduluwawe Sobhitha Thera will commence a satyagraha today at the Independence Square demanding political parties to pass the 19th Amendment to the Constitution.

The Thera and representatives of civil society groups will hold a press briefing opposite Dr. N.M. Perera statue at 9 a.m. today. Then they will leave to the Independent Square and commence a Satyagraha until the 19th Amendment to the Constitution is passed. If the 19th Amendment is not passed the Thera will conduct a continuous Satyagraha.

Ven. Sobitha Thera requested all MPs to support the 19th Amendment to the Constitution to strengthen democracy of Sri Lanka.

3 Responses to Ven. Sobhitha’s satyagraha today – In support of 19 A

Home » Ven. Sobhitha’s satyagraha today – In support of 19 A