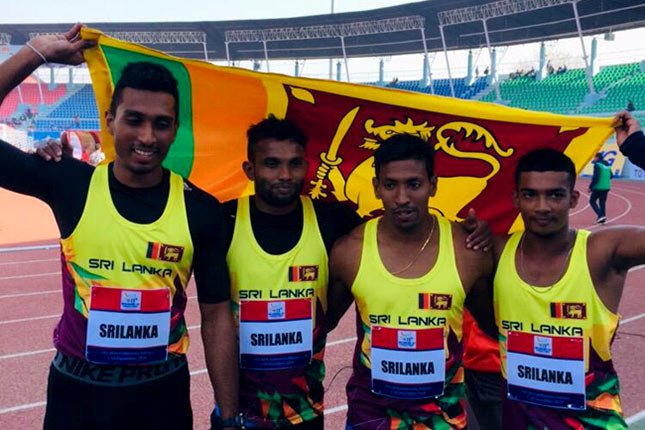 It was a Golden Day for Sri Lanka at the 13th Edition of the South Asian Games as both the men’s and women’s 4 X 100 Metres relay team won gold.

In addition, Nilani Rathnayake won her 2nd Gold of the Championship when she won the 5000M this morning.

India is leading the medal count with 63 gold medals, 45 silver medals and 24 bronze medals, while Nepal secured the second place with 37 gold medals.